1 Corinthians 9:24-27 NKJV
Do you not know that those who run in a race all run, but one receives the prize? Run in such a way that you may obtain it. And everyone who competes for the prize is temperate in all things. Now they do it to obtain a perishable crown, but we for an imperishable crown. Therefore I run thus: not with uncertainty. Thus I fight: not as one who beats the air. But I discipline my body and bring it into subjection, lest, when I have preached to others, I myself should become disqualified. 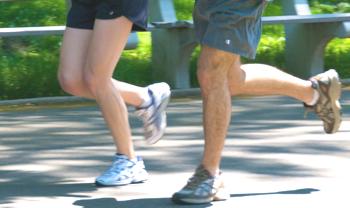 It’s important that, as wise scholars, we not apply every analogy in the Bible literally (as would be unwise), but that we do ferret out the truth that we might apply it to our lives.

Paul says: “one receives the prize.” We know that there will be more than one Christian, so this isn’t a matter of competing against each other in order to gain heaven. Thankfully, the Lord hasn’t created such a system, but rather offers salvation to any and all who will receive Him, who will believe on His name.

What then is the kernel of truth that we should grasp from this passage? “Run in such a way that you may obtain it (the prize).” The point is that there are those who run but don’t obtain the prize, those who will live as Christians, but won’t persevere to finally end seeing the face of Jesus as Savior (though all will see the face of Jesus as Lord).

Paul is encouraging us to be deliberate and strategic in our walk with the Lord, to make decisions to move us closer to our goal, of being in heaven with Him.

And while I don’t think we can stretch the analogy too far, I do believe that “run” has a certain ironic twist to it. Isn’t life getting faster and more furious? Don’t you often feel that you are running through the day, that the minutes fly by so fast it’s difficult to even process all that’s happening? And yet Paul tells us to run with certainty. How do we do that?

Think about an Olympic runner. That runner doesn’t just walk up to the starting blocks, wait for the gun and go. That runner has, instead, checked out the course, studied it, determined even where on the course he would like to run, where the path will lead to victory.

We need to take time each day to chart a course, not of circumstances, but of reactions, of dependence upon the Spirit. We can’t predict the situations in which we will be in with much certainty, but we can predict the reactions that we will give to each circumstance … if we have prepared ourselves by basking in the presence of the Father and looking to Him to guide us each step of the day.

Paul concludes by saying that he disciplines his body, brings it under subjection. Under subjection to what? To the will of Father God, rather than to the whims of the flesh (including the emotions).

We have become a society guided by our desires, our lusts, our emotions, and our rights. As Christians, we have a higher calling… to be guided by the principles and commandments of the holy scriptures, God’s Word. When we make decisions, even such innocuous ones as what to eat, we are often guided by what we “want,” rather than what is best for us, what is righteous, what is holy. And each decision made based on what we “want” strengthens our lusts and weakens our spiritual resolve.

As Christians, we have a duty, an obligation, in fact a dire need to so discipline ourselves as to focus on what God wants in all situations, rather than what we think we want. We need to, as athletes, run the race to win the prize, the prize of eternity in Heaven with Him Who gave His all for us.