It seems like many are transfixed with death, not that we are interested in experiencing it, but that we want to avoid it. One of the big topics of conversation about universal healthcare is the idea of people not receiving “certain” care and thus dying. It’s always interesting to me that we think that there is a medicine, a procedure, or a doctor that can prevent our death. 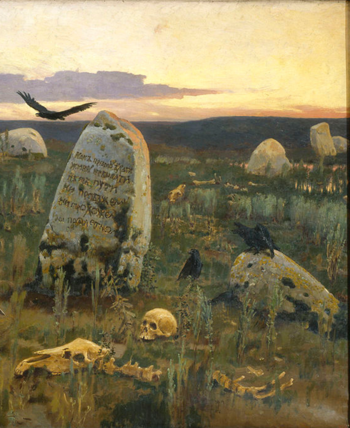 Euripedes said “but learn that to die is a debt we must all pay.” The fact is, everyone is afraid of death. That was the point! What the unsaved failed to understand is that “the sting of death is sin” (1 Cor. 15:56 NKJ). For even those who deny that there is anything after death, within their hearts there is the fear of what they may have to face after death.

Perhaps one of the things we fear about death is a loss of control,

of power. Ecclesiastes 8:8 (NKJ) states that “no one has power in the day of death.” Everyone dies and yet no one can control whether or not (or when) she dies. Even those who attempt suicide are not always successful. Why? Because no person has power over death. And that feeling of powerlessness is frightening.

Death and sin are inextricably linked. Genesis 2:17 gave the consequence of sin: death. Death was not something we were created to experience; thus, it is not natural. It is a result of the sin on the earth and the sin in our lives.

But we see Jesus, who was made a little lower than the angels, for the suffering of death crowned with glory and honor, that He, by the grace of God, might taste death for everyone.Hebrews 2:9 NKJV

The Lord Jesus broke the power of death. Verse 9 tells us that he “might taste death.” When we taste something, it is a limited experience. At some point, the taste either dissipates or we swallow. John Wesley writes:

“That by the grace of God, he might taste death – An expression denoting both the reality of his death, and the shortness of its continuance.”

The Lord Jesus had victory over death because He died and then rose again. His resurrection fulfilled two purposes: (1) it conquered death; and (2) it forgave our sins. His resurrection is the assurance that we are forgiven: “And if Christ is not risen, your faith is futile; you are still in your sins!” (1 Cor. 15:17 NKJ). His resurrection changed death from a punishment to a transformation. When we accept what He has done for us, death is changed from a dreaded event into a blessed one. When believers die, they are given eternal life. We die once, never to die again.

Until Then
by Stuart Hamblin

My heart can sing when I pause to remember
A heartache here is but a stepping stone
Along a trail that’s winding always upward,
This troubled world is not my final home.

The things of earth will dim and lose their value
If we recall they’re borrowed for awhile;
And things of earth that cause the heart to tremble,
Remembered there will only bring a smile.

This weary world with all its toil and struggle
May take its toll of misery and strife;
The soul of man is like a waiting falcon;
When it’s released, it’s destined for the skies.

Do we see heaven as home? If so, then we should be looking forward to the day when we make that journey, when–through death–we are finally with our Lord and Savior. For the believer, there is nothing to fear when this life ends. And that’s something worth sharing with everyone else!