Also see: Self-test #1
The sub-questions are designed to help shed light on the basic question. Read them only if necessary, but don’t count them separately. What will eventually happen is that you will have a discussion with yourself; this is only an outline to give your conversation some constructive direction. 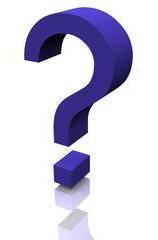 This survey was written by recovering people. They had the same questions while they were still drinking or using and probably came up with the same answers.

They survived and so will you. But there needs to be a starting point, and question No. 1 is as good a place as any …

1. Is there some particular reason why you are concerned about your drinking at this time?

2. Is one of the reasons for your concern the fact that
some people are getting on your back about your drinking?

3. Do you have other friends that you prefer to be around these days — people who don’t mind your drinking, or don’t mention it?

4. Have you had more than two or three memory lapses
(called blackouts) in the past 90 days?

5. Do you sometimes regret things that you may have said or done while you were drinking?

6. Do you drink more than the people you are with, or do
you ever load up your drinks so others don’t notice what you are doing?

7. Have you gotten careless about things that used to be
important to you, or have you dropped certain activities from your routine?

8. Have you tried or considered changing things in your
life in order to get along better and eliminate some of the problems?

9. Do you ever wonder if some of the problems that may
accompany your drinking would be lessened or go away, if you decided to stop entirely?

10. Have you ever promised yourself that you would really try to cut down on your drinking without quitting altogether?

12. Was it difficult for you to make this self examination, and is this a subject you consider too personal to discuss with others?

SCORING
This is the simplest scoring system in the annals of
do-it-yourself testing. Any "YES" answer to a main or sub-question has earned you membership in a not very exclusive population of several million people with drinking or drugging problems. The more "YES’s" you toted up, the better off you are.

Every "YES" you were able to mentally put down was a striking symbol of personal honesty. It meant that you have begun the process of self-realization — a principle in
which virtually all recovery problems are based. Without personal recognition of your condition, there can be no meaningful recovery.

If you will consider each "YES" to be a minor
victory in this same sense, you might want to take the test again and see how many more "YES’s" you can identify. The enemies of recovery are guilt, denial and alibis.

The allies are acceptance, understanding and honesty.

If the results of the test suggest that you, or whoever you
took the test for, are an alcoholic or other chemical dependent, congratulations. Now you’re getting somewhere.