I began smoking pot eight years ago when I was fourteen years old. Prior to my smoking pot, I was considered a very bright and “gifted” child. Even in elementary school I was placed in advanced classes. I started to smoke pot for several reasons. Although my parents seemed to be very functional people, I found out my mother is schizophrenic. She had been diagnosed schizophrenic many years before I was even born, but she had been stable and very functional all my life, until this point. I also happened to be very involved in the heavy metal music of the day. The fact that I was scared and did not know how to deal with or accept my mother’s condition, the exposure I had to the drug from concerts and music “heroes”, and probably my own obsessive behavior developing, I decided one day that I wanted to smoke weed. Nobody offered it to me in school or anything like that. I asked for it! 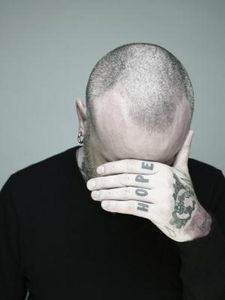 Since then, I began smoking pot quite regularly with friends in junior and senior high school while thinking it was not a dangerous nor addictive drug. Soon, I found pot was shaping many things in my life and was becoming a major part of it. I also began drinking on occasion, but never often (I was never too fond of alcohol). I remember reading about negative effects found in studies of ten or more year marijuana smokers and telling myself, “I would never be a ten year pot smoker”. My academic career was put away instead for the option of playing music and smoking pot for the rest of my life. By the time I was seventeen I was smoking pot as often as I could… for breakfast, lunch, dinner, after meals, before meals, in the car, in my home, at work, before band practice, after band practice.

At this point my life was quickly falling apart. I truly had no future and many things were troubling me. One day a friend of mine (who too was a smoker, but was also a Christian) told me about Jesus Christ. I felt that I did not have to believe in God since I was a moral person in the first place, after all, I never stole, lied, killed, etc. and I treated people kindly. I did remember how I believed in Jesus when I was younger, but I felt He let me down, and now I felt He was not real… I had even written several songs mocking Him. My friend told me if I ever feel that my life has no hope and that I am lost to pray and ask Jesus into my life.

After a few weeks I was contemplating suicide. My life plain sucked. I had begun reading the Bible for several weeks and one night I decided to do what my friend advised… I tearfully asked for God’s help. That night I felt something I had never felt before… I knew God was willing to help me.

Over the next few years I did not change much, but I did find something… faith and hope in Christ. Because of this I began to study His Word and *tried* to live as what I thought was a “Christian lifestyle”. I continued to use and continued to play in bands that mocked God. When I was twenty I realized that I truly was not a Christian. At that point I accepted the fact that I am a sinner and that Jesus died on the cross to cleanse my sins.

I now began living my life for God’s will, but there was one problem – I could not stop using marijuana. I knew Christ, I had a good job, I started developing a career with computers… but I just could not stop smoking weed. For the past two years I have struggled with many temptations and have grown in my walk with the Lord, but I was smoking pot just as much as before, if not more. The only difference was that I now smoked pot on my own more than I did with friends since most of my using friends rejected me for my relationship with Christ and I too was uncomfortable with their faithless lifestyle.

I had tried to quit many times before but could not. After having smoked a joint, I broke down and cried. I prayed the third step prayer (without even knowing it was the third step prayer) and asked God to remove this addiction from me. I then threw out a full bag of weed I had just bought. The next day I remembered my Church has a Overcomer’s Outreach Christian 12 Step meeting. I went to that meeting. That evening was the eve of my twenty-second birthday. A couple of my friends came over to get me high. Although I did not want to, I did in celebration of my birthday and also as a “one last time”. It was terrible! I hated the feeling of being high and then my friends began to make fun of Jesus having died on the cross. The next night I went to a Marijuana Anonymous meeting, then, the next night a Cocaine Anonymous meeting (by invitation of a old using friend of mine who had joined the program) and then another meeting. Since then I have been going to about three or four meetings a week.

Today I have 124 days of continuous sobriety!!! I am about to start working the fourth step. My relationships are for the most part hassle and conflict free (even with my mother). I pray continually through the day and study the Big Book and the “Bigger Book” almost every day. My relationship with God is better than it has ever been!!! My career is going smoothly and I will be returning to college next fall. I am now also starting a Christian alternative rock band and enjoying life in a way I never thought possible eight years ago… SOBER and SAVED!!!!!!!!!!!!!!!!!!

~ Peter, a Member of CIR