–What was out of control?

I spent 11 years on the streets of Los Angeles and on the road shooting heroin with a child in tow. As a single mom, every bit of my life was consumed with finding a fix and convincing myself that this was a good idea. The implications of this type of life are fairly clear and there are many who have made this trek. Basically, I was a whore, a cheater, a thief (I think media calls them “players” today) and, if I wasn’t physically in the gutter, I was morally and spiritually living in the dirt. With out God, either from denial or rejection, one is often “out-of-control.” 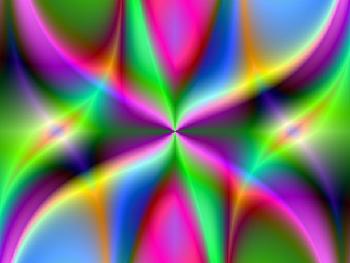 –How did this affect you?
My best ideas got me loaded or suicidal. Many times my life was threatened and I would narrowly escape death only to feel relief and I would celebrate the escape by getting loaded. Death came calling to leave me believing I was more in control than out, since I had beat the odds. I often found myself stranded in my life either physically, emotionally or mentally.

I made my way through jails and since only alcoholism was considered a disease and shooting dope a social malady, the institutions wouldn’t have me. I made deals with God only to curse Him for keeping His end of the deal and I, incompetent at keeping even the simplest promise. I believed, but my system of belief was one where He loved me and I rejected Him to the point of going on “death marches” that would totally isolate me in very psychotic estrangements, raising my fist to the Lord telling Him to leave me alone and know that I would not, or never, obey Him.

I aligned myself with the most outrageous cultures in society and tried to find a place to sit life out and be loaded. I chose Hell’s Angels, nudist colonies, porno scene, the rock scene, living in camp sights and “working” as a tester in a Timothy Leary LSD lab in Monterrey. I sold drugs for various small time gangsters and was never “faithful” to any of the rules of these cultures either. Consequently I was beat up and chased a lot. My last “gang” affiliation left me in a position to have a “contract” put out on my life by a very notorious group. In other words, I was a nuisance, an ankle-biting dope fiend.

–How did it affect your loved ones?
My parents had died when I was a adolescent and my brother and I raised ourselves. Most of our aunts and uncles were either busy with their own dope fiend kids or found it rather easy to write us off. I’ve recently had a cousin and an uncle make amends to me. My cousin searched for me and found me last Christmas and my uncle made a righteous AA amends. Even though I tried to let them off the hook, they insisted the family should’ve done more to protect us.

My Brother became a dope fiend too and we did our deals together. He has 16 years clean today. I married very young and I have a daughter who is now 31. At the time, she tells me, she was terrified most of the time and never knew if she would live or die. Even as a child she had suicidal thoughts. She became a dope fiend and is now recovering with 10 months clean. Anyone who tried to love me was either hurt themselves or became what I was, an evil perpetrator. I’ve been married four times, had several abortions, and now have all three of my living children with me. Sometimes we weep and grieve and sometimes we laugh and reminisce.

–What made you want to change things?
One night, in a total black out I actually heard God tell me to STOP! It was a still small voice but it was the undeniable voice of a loving, caring God. I was compelled by the Lord to seek the truth. These were the exact words I heard. “Barbara, you have to stop living like this. Get Help! You know what you need to do.” I came home, called the hot line and went to a meeting the next day. I never looked back. God had commanded me and I surrendered to His authority for the first time in over a decade.

–What did you do to change things?
With much hesitation and a lot of “trial-and-error” I did the sponsor thing, took every suggestion. Went to a meeting everyday for my first five years, totally immersed myself in 12-Step culture, and didn’t use no matter what. It took me four years to believe that God was in my life 24 hours a day. It took another 3 years for me to accept Jesus Christ as my only Lord and Savior, and another eight years to totally surrender my life and my will to Jesus’ care.

I never gave up on God and always stayed focused on the principals of the 12 steps. Of course this is a very simple answer to describe 18 years of recovery. The thing for me has been to not get comfortable, stayed challenged in faith and continue to study and learn. It took me 18 months to take my first step, I was recovering with Jesus the whole time, I just didn’t know it yet.

With as many control issues and complicated belief systems that I have stored in my feeble pea brain, the First Step concepts were something I had to see, smell and taste before I could accept this step as fact for me. I’d listened to others in meetings and think “Man, how can they be so simple? of course I have control. I decide how I manage my love affairs, money, job, etc.” This led to many years of depression in recovery.

After many failed attempts at love, work, education, etc. I started to see the 1st Step as having something to do with God. Good implanted His wisdom in me and I began to sense what “powerlessness” was. Without His wisdom I doubt I could’ve figured it out on my own. My intellectual skills had pretty much been wiped out by a 5 year run on meth and PCP. I must say that making a commitment ot go to a meeting every night, helped me to stay in the fellowship of those who were also committed to staying clean. Therefore what I did was simply, “show-up and not use.”