In my 26 years of life, I can now say that I am happy to be alive. My name is Colleen, I am a recovering alcoholic and drug addict. I have been diagnosed with severe depression, severe panic disorder, PTSD, agoraphobia, adult ADHD and a learning disability. I am a single mommy of the most beautiful little girl named Kristen. In her 17 months of life, she has taught me enough to last a lifetime. Motherhood has taught me just how strong I can be. 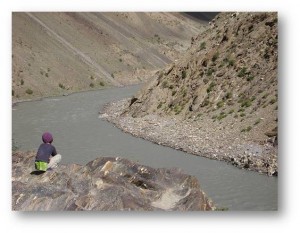 I grew up with a severely abusive alcoholic father. He was verbally abusive, and he sexually abused myself and my sister and brother. I started drinking and using drugs at the age of 14, and over the next 12 years, would sink deep down into my own personal hell.

I am a very shy person, after being abused as a kid, I pretty much kept to myself. I found that when I drank, I could relax, but got to the point where I had to doing just to get drunk. I had several instances of blacking out, passing out, and even at one point in 1996, was raped at a party in my own house. I dated a drug dealer off and on for 4 years, so my drugs were easily accessible.

I met my Kristen’s father in 2001 when I was working as a transit bus driver. His name is Francis. We moved in together September of 2002, and I became pregnant the following month. He left me the month after, only to say that I wasn’t happy anymore. The following month, my father died at the age of 54 from cirrhosis of the liver. He had a long battle with alcoholism, the bottle eventually got the best of him.

The following June, I gave birth to the then 6 lb 3oz angel that is asleep at this very moment 2 rooms away from my computer. I suffered severe postpartum depression and was eventually hospitalized for having what the doctor’s say “a nervous breakdown. I suffered constant panic attacks, and became desperately suicidal. After 11 months, I now take medication for my mental impairments and am in constant therapy. I am still agoraphobic, but am taking things a day at a time.

I have one major place to thank for a great part of my recovery, and that is the Christians in Recovery website. I found CIR when I was 5 months sober, still struggling with my emotions. I was just bombarded with unconditional love and support from people who were surprisingly just like me. I no longer felt like a “mentally unstable” person. I started attending their chat meetings regularly, and I can truly say that I have met some of the greatest friends I’ll ever have. Friends who via a computer will listen to me and understand. I have become close to one member who shall remain nameless, but, I am so grateful for this person, God definitely gave me an angel.

CIR has taught me so much about myself and my walk with the Lord. I have discovered a new found strength and stability that I have come to enjoy. I still try to attend at least one CIR meeting a day, because being an agoraphobic, I can’t get out of the house that often. I would personally recommend CIR to anyone suffering form some dysfunction, you don’t have to be an addict to get something out of CIR, you just have to have an open mind, and most of all, an open heart.