There came into my experience a deeper conception of God. He was” more ready to hear than we to pray.” “We love him because he first loved us.” God was taking the initiative in communion. He had sent Jesus into the world to make that known to us. What was wanted on our part really was receptivity, rather than effort. 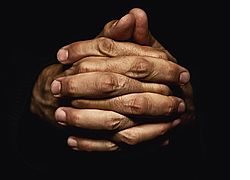 When I surrendered my life to His will, prayer began to be a new thing: not a way to change His will, but a way to find it. It did away with much of the difficulty of the human persuasion of God, and became largely God’s persuasion of us. It was His will which was paramount and mattered, not ours.

This certainly carried with it the implication that listening was more important in prayer than asking. It meant that what we should find in prayer was, not so much the answer to requests (though this is a permanent element in all true prayer), and not only the doctrine that what we find in prayer is God Himself (though to be in living touch with Him is a tremendous experience), but that we should carry away from prayer an intelligible idea
of just what God wants us to do.

There seem to me to be few serious intellectual difficulties in this idea of prayer, once you accept in full the doctrine of a personal God, who is the Father of our Lord Jesus Christ, and who revealed the light of the knowledge
of His glory in Christ’s face. I may say that this was the first place where I ever laid hold of prayer as a daily working force in my own life.

Samuel M. Shoemaker, From the book:

Conversion of the Church: The Genius of Fellowship
Samuel Shoemaker was considered one of the best preachers of his era.
His interdenominational focus and the Oxford Group were significant influences
for the founders of Alcoholics Anonymous.