It is quite probable that someone reading my words this moment is fighting an inner battle with a ghost from the past. The skeleton in one of yesterday’s closets is beginning to rattle louder and louder. Putting adhesive tape around the closet and moving the bureau in front of the door does little to muffle the clattering bones. You wonder, possibly, “Who knows?” You think, probably, “I’ve had it… can’t win… party’s over.” 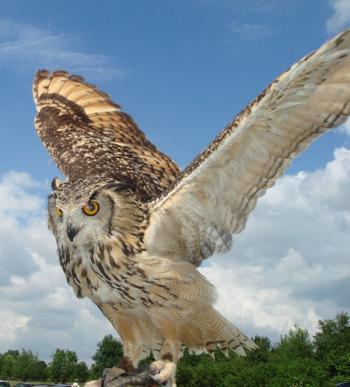 The anchor that tumbled off your boat is dragging and snagging on the bottom. Guilt and anxiety have come aboard, pointing out the great dark hulks of shipwrecks below. They busy themselves drilling worry-holes in your hull and you are beginning to sink. Down in the hold, you can hear them chant an old lie as they work: “The bird with the broken pinion never soared as high again. . . .”

Allow me to present a case in opposition to these destructive and inaccurate accusers. It may be true that you’ve done or experienced things which would embarrass you if they became public knowledge. You may have committed a terrible and tragic sin that was never traced back to you. You may have a criminal record or a moral charge or a domestic conflict that, to this moment, is private information.

You may wrestle with a past that has been fractured and wounded by a mental or emotional breakdown. Futile attempts at suicide may add to the previous scar tissue and increase your fear of being labeled “sick” or “nervous.” It is possible that you live with memories, covered now by the sands of time, of an illicit relationship or a financial failure or a terrible habit or a divorce or a scandalous involvement. You feel that any one of these things might mar or cripple your reputation if the dirty details ever spilled on the table of gluttonous gossipers.

But wait a minute. Before you surrender your case as hopeless, consider the liberating evidence offered in the Bible. Take an honest look at men and women whom God used in spite of their past! Abraham, founder of Israel and tagged “the friend of God,” was once a worshiper of idols. Joseph had a prison record but later became prime minister of Egypt. Moses was a murderer, but later became the one who delivered his nation from the slavery of Pharaoh. Jephthah was an illegitimate child who ran around with a tough bunch of hoods before he was chosen by God to become His personal representative. Rahab was a harlot in the streets of Jericho but was later used in such a mighty way that God enlisted her among the members of His hall of fame in Hebrews 11.

Still unconvinced? There’s more. Eli and Samuel were both poor, inconsistent fathers, but proved to be strong men in God’s hand regardless. Jonah and John Mark were missionaries who ran away from hardship like cowards but were ever-so-profitable later on. Peter openly denied the Lord and cursed Him, only to return and become God’s choicest spokesman among the early years on the infant church. Paul was so hard and vicious in his early life the disciples and apostles refused to believe he’d actually become a Christian . . . but you know how greatly God used him. We could go on and on. The files of heaven are filled with stories of redeemed, refitted renegades and rebels.

How magnificent is grace! How malignant is guilt! How sweet are the promises! How sour is the past! How precious and broad is God’s love! How petty and narrow are man’s limitations! How refreshing is the Lord! How rigid is the legalist!

There is not a single saint who sits in a single church free from a few things he or she is ashamed of—not one of us! The one who thinks otherwise is worse than all the rest combined. In plain, garden-variety English, we were all taken from the same dunghill. And so we all fight the same fight with the filth of the flesh regardless of how loudly we sing, how piously we pray, or how sweetly we say hello.

When God forgives, He forgets. He is not only willing but pleased to use any vessel—just as long as it is clean today. It may be cracked or chipped. It may be worn or it may have never been used before. You can count on this—the past ended one second ago. From this point onward, you can be clean, filled with His Spirit, and used in many different ways for His honor. God’s glorious grace says: “Throw guilt and anxiety overboard . . . draw the anchor . . . trim the sails . . . man the rudder . . . a strong gale is coming!”