Skip to content
And Where to Learn the Facts 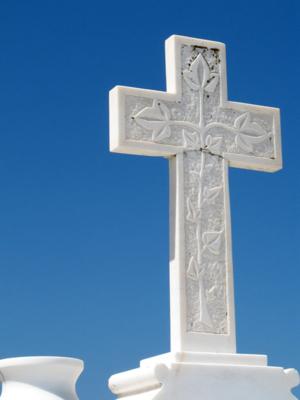 How did Bill Wilson, Co-founder of Alcoholics Anonymous get well?

First, Dr. William D. Silkworth told him that the Great Physician Jesus Christ could cure him. Then Bill’s long-time friend and drinking buddy Ebby Thacher told Bill that he was living at Calvary Rescue Mission, had got religion, and that God had done for him what he could not do for himself. Bill quickly concluded that Ebby had been reborn. And Bill went to Calvary Rescue Mission seeking what Ebby Thacher had found. Bill went to the altar at the Mission, made a decision for Christ, and soon wrote that he too had been born again. Bill was in a deep depression and decided to call on the Great Physician for help. He wandered drunk for several days, checked into Towns Hospital, cried out to God for help, had his “white light” experience, believed he had been in the presence of “the God of the Scriptures,” and soon said he never again doubted the existence of God. Bill Wilson never drank again. In fact, on his discharge from the hospital, he went about with a Bible under his arm and stating, “The Lord has cured me of this terrible disease, and I just want to keep talking about it and telling people.” No Big Book. No Steps. No Traditions. No drunkalogs. No meetings. Just reliance on God.

How did Dr. Bob, Co-founder of Alcoholics Anonymous get well?

After years of disastrous drinking episodes, Dr. Bob began a renewed study in the Bible—a discipline he had begun in his youth. But he didn’t want to quit drinking. Then, at the urging of Henrietta Seiberling, Dr. Bob dropped to his knees in a small meeting of the “alcoholic squad” of the Oxford Group and joined the group in prayer for his deliverance. He continued to drink. But the prayers were soon answered by the miraculous appearance of Bill Wilson in Akron—seeking for a drunk to find and help. After much effort, Bill talked by phone to Henrietta Seiberling. She said he was “manna from heaven.” And a meeting was arranged between the two men the next day at Henrietta’s home.There the two men (Bill and Dr. Bob) talked for six hours. Dr. Bob realized that the one thing he hadn’t grasped was the need for his own love and service—a motto he had learned as a youngster in Christian Endeavor, and which Bill Wilson had eloquently exemplified. After one brief binge, Dr. Bob quit drinking forever and concluded that he and Bill had found a cure for alcoholism. On page 181 of the Big Book, Dr. Bob spelled out his solution: “Your Heavenly Father will never let you down.” On the day of Dr. Bob’s last drink (said to be on June 10, 1935), A.A. was founded.

How did Bill Dotson, A.A. Number Three get well?

Bill and Dr. Bob concluded they needed to start helping drunks and hospitalized the seemingly hopeless drunken attorney Bill Dotson. They told Bill Dotson their story. Dotson—a deacon in his church and long-time Sunday school teacher—decided to turn to God for help. And when Bill and Bob returned to visit him, Dotson had been cured for good. He never drank again. And he later subscribed to Bill Wilson’s statement that the Lord had cured him; and this became, for Dotson, the golden text of A.A.

What Were The Ingredients of their Success?

Dick B., The Conversion of Bill W.

Dick B., When Early AAs Were Cured and Why

DR. BOB and the Good Oldtimers