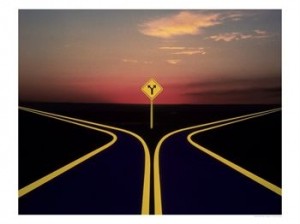 To be sure, candidates, government agencies, academia, and religious commentators have their place in examining the overwhelming problem of drug addiction and alcoholism. But, when they try to exclude Alcoholics Anonymous, the Twelve Steps, God, Jesus Christ, and the Bible from their writings, they do little to advance the rewarding and effective grunt work involved in working with the despairing drunk and addict who still suffers.

Let’s talk first of dissertations. It has been a long time since a University of St. Louis Ph.D. candidate examined the theological influence of Rev. Samuel M. Shoemaker, Jr. on Bill Wilson and the Twelve Steps. So too since a lay minister laid out the rudiments of successful work in his best-selling book God is for the Alcoholic. In due course, these materials should have led to scholarly studies of the Christian recovery movement and its impact on Alcoholics Anonymous. Instead, we have statistics, psychological analyses, dissertations galore, discussions of religiomania, frequent mention of an illusory spirituality and higher power, and a supposed special Christian god that is the product of today’s A.A.

This while drunks and addicts need to be told the history of what has worked. That means learning about—rescue missions, the Salvation Army, Young Men’s Christian Association, the evangelists such as Moody and Sankey and Meyer and Folger, the Great Awakening of 1875 in St. Johnsbury, Vermont, and the Young People’s Society of Christian Endeavor. Instead, there is endless chatter about the irrelevant Washingtonians, Anti-Saloon League, and the supposed emergence of A.A. from the Oxford Group instead of the Christian upbringing, Bible studies, and conversions undertaken by Cofounders Bob and Bill. Undertaken long before A.A. was even a dreamed of remedy for the medically incurable alcoholic.

Now let’s talk about grants. Daily, through the mail and on the internet and in journals, there is an endless stream of mention about the grants being awarded doctors, psychologists, scientists, sociologists, partnerships, and institutions gathering statistics about every conceivable kind of human behavior that might be involved in alcoholism and drug abuse. Also about drugs that might alleviate the situation. This, despite the fact that any former or present-day alcoholic or addict who has overcome denial can tell the lofty researchers that recognition of alcoholism can be reduced to 3 D’s and an R. They are: Drink. Drunk. Disaster. Repeat. That’s the norm.

The issue is not the gathering of information about the supposed “insanity” of self-destruction. The issue is to bring before the suffering afflicted the success of the Christian recovery deliverance that took place in the 1800’s, before Prohibition, and before and after A.A.

Let’s talk about the professors. Many have developed an irrelevant jargon that seeks to put a label on every kind of behavioral or drug-related or smoking or gambling excess except “more,” “self-destruction,” and uncontrollability. This while early A.A. simply pointed to the wisdom of the Bible’s Book of James and its importance in A.A. daily use. James deals simply and directly with the guidance of God and the perils of yielding to temptation—with prayer as a remedy. Early A.A., through its cofounders, declared that Jesus’s Sermon on the Mount contained the underlying philosophy of A.A. And traces of that Sermon can be found over and over again in A.A.’s Twelve Steps and Big Book. Early AAs also pointed to 1 Corinthians 13 as containing most of the spiritual principles recovering people were to shoot for and practice – not to mention prayer, Quiet Time, belief in God, acceptance of Jesus Christ as Lord and Savior which were “musts.”

And let’s talk about the few Christian writers who daily pump out of context trivia from the Bible in company with the unappealing and non-persuasive charges that A.A. is monolithic; that A.A. is permeated with spiritualism and New Thought and freemasonry; that A.A.’s cofounders were—despite substantial Christian upbringing—and could not possibly have been Christians; that the 12 Steps are steps to hell and destruction; and that no Christian should ever set foot through the doors of a 12-Step fellowship or meeting.

There are just a few caveats that should return A.A., N.A., and other 12-Step organizations to their rightful role of being responsible when the hand of a suffering soul reaches out and cries for help in dealing with a malady he seldom recognizes or understands.

The first is that A.A. itself grew out of a medical past where alcoholism was considered “medically” incurable and that “self-help” was considered futile. Reliance on God was the primary tool in A.A.’s spiritual kit.

The second is that A.A.—though originally a Christian Fellowship—is no longer able to be so characterized. For better or for worse, many in the A.A. hierarchy and “membership” tend today to look on A.A. as a monolithic gathering place where neither God, nor Jesus Christ nor the Bible are to be mentioned; that only New York generated literature can be read; that one can believe in a higher power that is a door knob or in nothing at all; and that the ridiculous expression that A.A. is “spiritual but not religious” has a resonating governing theme for meeting conduct.

The third that A.A. itself has very clear Christian roots, phrases, and practices today. The words God, Creator, Maker, Father, Heavenly Father, Father of Lights are used many times in A.A.’s basic text – the Big Book of Alcoholics Anonymous. Love and service were declared to be the essence of the Twelve Steps. Love and tolerance were proclaimed to be the code for members. Biblical phrases like or incorporating “Thy will be done; Faith without works is dead; Love thy neighbor as thyself; Matthew 6:33 and 6::34” are embedded in present-day literature.

Finally, whatever the dissertations, scientific gatherings, academia, and religious writers may say, those of us who entered the rooms of Alcoholics Anonymous took some vital steps. We resolved to stop drinking for good. We entrusted our lives to God’s care. We endeavored to obey His will as spelled out in the Bible. We devoted substantial time to growth in spiritual understanding through Bible study, prayer, Quiet Time, and reading Christian literature. And we were certainly instructed to help the drunk who still suffers get well. And to be healed by the same means. Those simple points were the points A.A. cofounders developed in 1935.

Most of us are one, big, thankful crowd of cured alcoholics who have found a new way of living without booze, trusting in God, cleaning house, and helping others.

That is the testimony I offer. It is the testimony of a growing number of long-recovered Christian alcoholics and addicts who rejoice at finding a newcomer who wants God’s help and will go to any lengths to get it.