The Bill Wilson that many do not know became an “evangelist” almost immediately after he was discharged from Towns Hospital, having had a spiritual experience. For example, Lois Wilson’s biographer wrote: 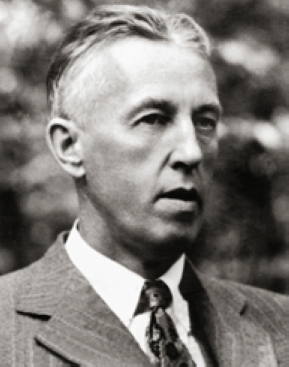 The doctor [Dr. Silkworth] always allowed Bill to share his God-experience with some patients, hoping somehow it might help… Dr. Shoemaker [the Episcopal rector at Calvary Church] encouraged Bill to spread the message of change and spiritual recovery to others like himself. Bill took the preacher at his word. With Lois’s full support, he was soon walking through the gutters of the Bowery, into the nut ward at Bellevue Hospital, down the slimy corridors of fleabag hotels, and into the detox unit at Towns with a Bible under his arm. He was promising sobriety to every drunk he could corner, if they, like he, would only turn their lives over to God. [See William G. Borchert, The Lois Wilson Story: When Love Is Not Enough: A Biography of the Cofounder of Al-Anon (Center City, MN: Hazelden, 2005), 170.]

In fact, Rev. Sam Shoemaker wrote to Bill on January 22, 1935, commending Bill for his witnessing to Frederick E. Breithut who became known as the “chemistry professor.” Shoemaker wrote:

I hope you realize the guided-ness of your having known Jim Williams previously, as I understood you did, in business. His wife, Margaret, is full time in the Group and he has held out for a long while. You may be just the person that cracks the shell and brings him over. He drinks a lot and is desperately unhappy and inferior and needs what you have got for him. I am grateful for what you did for Breithut. [See Dick B., New Light on Alcoholism: God, Sam Shoemaker, and A.A., new rev. ed. (Kihei, HI: Paradise Research Publications, Inc.6, 1999), 531.]

And in a 1935 issue of Shoemaker’s parish newsletter, The Calvary Evangel, there was the announcement “that Frederick E. Breithut was confirmed on March 24, 1935, as a member of Calvary Episcopal Church, having previously been sponsored at a baptism on March 14, 1935, by William G. Wilson as his godfather, with Reverend Samuel Shoemaker performing the baptism.” [See Dick B., New Light on Alcoholism, 558]

The October 1929 issue of The Calvary Evangel contains a photograph of Sam Shoemaker and his staff in full vestment preceded by a member of the church who is carrying a cross. The photograph caption states, “On our way to rejoicing to Madison Square.” One church member in the 1928 photo was carrying a sign which stated, “Jesus Christ changes lives.” Other sign urged onlookers to “Come with us to Calvary Church.” L. Parks Shipley, Sr., a long-time Oxford Group activist, specifically recalled to me marching to such events in the 1930’s where the march would be followed by public witnessing at a park from a “soapbox.” Shipley said he believed Bill Wilson was among the “rejoicers” at one or more of these events during Wilson’s involvement with the Oxford Group. [See Dick B., New Light on Alcoholism, 556.]

Bill Wilson’s enthusiastic witnessing with the Bible and to the power of Jesus Christ bears a distinct relationship to what Dr. William D. Silkworth told Bill Wilson during his third visit as a patient to Towns Hospital prior to Bill’s getting sober. Dr. Silkworth’s biographer states that Bill had a discussion with Dr. Silkworth on the subject of the “Great Physician.” And then Bill reached the conclusion, “Yes, if there was any Great Physician that could cure the alcohol sickness, I’d better find him now, at once.” [See Dale Mitchel, Silkworth: The Little Doctor Who Loved Drunks: The Biography of William Duncan Silkworth, M.D. (Center City, MN: Hazelden, 2002), 44.] Silkworth’s biographer stated, “that it was Dr. Silkworth who used the term ‘The Great Physician’ to explain the need in recovery for a relationship with Jesus Christ.” Author Mitchel states further:

In the formation of AA, Wilson initially insisted on references to God and Jesus, as well as the Great Physician. [See Mitchel, Silkworth, 50.]

Wilson’s fervor as to the power of Jesus Christ is evidenced by his statement on page 191 of Alcoholics Anonymous (4th ed., 2001): “The Lord has cured me of this terrible disease and I just want to keep talking about it and telling people.”