A.A.’s Real History – a product of ongoing research and open-mindedness.
The more the research, the more writers are able to divest themselves of the idea as to what AAs do and don’t say, believe, practice, and pass along. The shibboleths of higher power, spiritual but not religious, salvation or something, nonsense gods that can be chairs, and all the other baggage that has emerged from lack of historical research may never be extracted from today’s recovery language. But there’s hope. 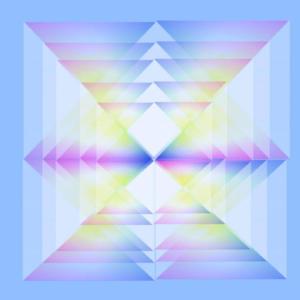 A.A. had several distinct and usually unreported epochs.
The first had to do with the religious training of Dr. Bob in St. Johnsbury and Bill W. in East Dorset and Manchester, Vermont. It was Christian. It involved Bible study. It emphasized salvation and learning the Word of God. It came from the Congregational churches to which both cofounders belonged; from the YMCA of which Bill was a president and Dr. Bob’s father was president; from the rescue missions which is where Bill made his decision for Jesus Christ; from Christian Endeavor in which Dr. Bob was active; from the evangelists; from the rigorous requirements of St. Johnsbury Academy and Burr and Burton Academy where daily chapel, weekly church attendance, and Bible study were required. Thus, contrary to what most writings contend, Bob and Bill had strong Christian religious training as youngsters. It was buttressed by their families, their churches, their Sunday schools, their prayer meetings, and the whole environment in rural Vermont at the time.

The second epoch was the period when Bill and Bob earned their stripes as real, fully qualified drunks.

The third began as each finally turned to God for help–Bill by his decision for Jesus Christ at Calvary Rescue Mission and his call to God for help at Towns Hospital, followed by his “white light” experience, his belief he had been in the presence of “the God of the Scriptures,” and his total cure. With Bob, the turning point began on the carpet of the home of T. Henry Williams, where Bob and his supporters dropped to their knees and prayed for his deliverance. This was followed by the seemingly miraculous appearance of Bill W. in Akron–proclaimed by Henrietta Seiberling to be “manna from heaven” and then by Dr. Bob’s final decision to quit after his last binge which ended in June, 1935.

Both men stated in writing that they were cured! The next epoch involved the actual program the two cofounders developed in the summer of 1935. Its ingredients were summarized in seven points by the Frank Amos report to John D. Rockefeller–which is lodged in the Rockefeller Archives in New York.

The actual 14 “practices” including hospitalization, quiet time, Bible study, acceptance of Jesus Christ, witnessing and the rest are described in my book When Early AAs Were Cured and Why. Next came what Bill and Bill alone described as “six” word-of-mouth ideas. Bill admitted they varied widely in the hands of the users. And they certainly did not follow the Akron Christian Fellowship program that began in 1935.

Bill then got permission to write a book. He and his partner formed a pseudo corporation, prepared a prospectus, outlined the book, sold shares, and (in Bill’s case) conferred with Sam Shoemaker at length. The end result was (even though Bill had left the Oxford Group in August of 1937; and even though the Akron program was NOT an Oxford Group program) that Bill restored most of the Oxford Group’s 28 precepts to A.A. and codified them in his Twelve Steps. Dr. Bob had nothing to do with the writing of these. And then Bill eliminated “God” from the proposed Step Two and added “as we understood Him” to Steps Three and Eleven; and the compromise was concluded.

The atheists and agnostics had been mollified. And A.A. no longer was the Christian Fellowship that it had been in Akron from 1935 to the Spring of 1939 (and probably long thereafter).

From all of this, the student of A.A. history needs to cease depicting A.A. as some monolithic society of agreed atheism, an Oxford Group offshoot, and a spiritualism dispensary and recognize it for the diverse and varied fellowship of which it consists today.

I am a Christian, a Bible student, an active and recovered A.A. member; and today I have learned a great deal about the “biography” of the fellowship in which I gained continuing sobriety that has lasted almost twenty-four years to date.