I am one of the tens of thousands (probably hundreds of thousands) of Christians who deeply appreciate the recovery from alcoholism and addiction that Alcoholics Anonymous made possible in our lives. Many of us have been criticized for mentioning Jesus Christ and the Bible in our talks at meetings. But most of us know that God is our sufficiency. We pray to Him in the name of Jesus Christ. And we recover. 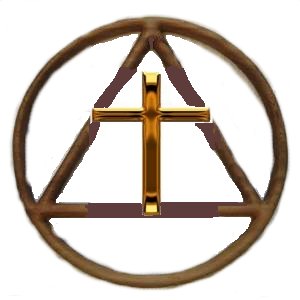 Many of us who are Christians involved in A.A. do believe in God, the accomplishments of His Son Jesus Christ, and the truth about both that is found in the Bible. Many of us, as Christian members of Alcoholics Anonymous, had no idea whatsoever that early A.A. was a Christian fellowship, that its members believed in God, surrendered to Jesus Christ, and studied the Bible on a daily basis. Many of us had no idea whatsoever that the early, Christian-oriented A.A. claimed an overall 75% success rate among the seemingly-hopeless,” “medically-incurable,” “last gasp case” alcoholics who thoroughly followed the pioneer A.A. program. And many of us never learned that the Original Akron program is summarized rather well in on page 131 of the A.A. General Service Conference-approved book, DR. BOB and the Good Oldtimers.

How could so many of us have been unaware of these facts?

The answer, in part, is that, as the First Edition of A.A.’s Big Book manuscript was being written and edited in 1938 and early 1939, many additions, omissions, and changes were made to the highly-successful Akron Christian program Bill W. and Dr. Bob began developing in the summer of 1935. For example, as Bill W. stated on pages 166-67 of the A.A. General Service Conference-approved book, Alcoholics Anonymous Comes of Age:

We [Bill W., Hank P., Ruth Hock, and John Henry Fitzhugh M.] were still arguing about the Twelve Steps. All this time I had refused to budge on these steps. I would not change a word of the original draft, in which, you will remember, I had consistently used the word “God,” and in one place the expression “on our knees” was used. Praying to God on one’s knees was still a big affront to Henry. He argued, he begged, he threatened. He quoted Jimmy [B.—i.e., Jim Burwell] to back him up. . . . Though at first I would have none of it, we finally began to talk about the possibility of compromise. . . . In Step Two we decided to describe God as a “Power greater than ourselves.” In Steps Three and Eleven we inserted the words “God as we understood Him.” From Step Seven we deleted the expression “on our knees.” . . . Such were the final concessions to those of little or no faith; this was the great contribution of our atheists and agnostics. [Emphasis added]

Bill W.’s wife Lois spoke about another major change on page 113 of her autobiography, Lois Remembers:

Finally it was agreed that the book should present a universal spiritual program, not a specific religious one, since all drunks were not Christian.

Such major changes to the Original Akron A.A. “Christian Fellowship” program obscured the simple solution the A.A. pioneers in Akron discovered; specifically, that a cure from alcoholism was available through reliance on Almighty God, coming to Him through His Son Jesus Christ, and reading and studying the Bible—along with the other principles and practices of the early days. [For the Frank Amos summary of the Original Akron A.A. “Program,” and the other principles and practices of the Akron fellowship, see:
Dick B. and Ken B., The Dick B. Christian Recovery Manual (Kihei, HI: Paradise Research Publications, Inc., 2009), 44-46, 49.]

The Lesson from the First Three AAs

Early AAs knew one another. They visited one another. They had address books with the phone numbers (if a given member had a phone) and addresses of the other members. And they kept rosters which showed the sobriety dates and sobriety history of the members.

The 75% overall success rate early A.A. claimed was remarkable because it was attained by what Bill W. called the “seemingly-hopeless,” “medically-incurable,” “last gasp” cases who gave their all to God and received the blessed healing and deliverance that followed. Bill W. and Dr. Bob did indeed state that there were “failures galore.” But there weren’t failures galore among the real hardcore members who turned to God and gave the program everything they had.

A very important part of the historical record is how the first three AAs got sober in late 1934 and in 1935. When they got sober:

There was no Big Book (Alcoholics Anonymous was published in April 1939);

There were no Twelve Steps;

There were no Twelve Traditions;

There were no “drunkalogs”; and

There were no “meetings to
make”—at least of the kinds normally seen in today’s A.A.

The Creator of the heavens and the earth was there. See, for example, Alcoholics Anonymous, 4th ed.:

“their loving and All Powerful Creator” (page 161)

The “Great Physician,” Jesus Christ, was there. See, for example: Dick B., The Conversion of Bill W.: More on the Creator’s Role in Early A.A. (Kihei, HI: Paradise Research Publications, Inc., 2006), 59ff.

The Bible (which Dr. Bob often called the “Good Book”) was there. See, for example, page 13 of the A.A. General Service Conference-approved pamphlet, The Co-Founders of Alcoholics Anonymous (Item # P-53; available
for reading online at http://aa.org/pdf/products/p-53_theco-foundersofAA.pdf; accessed 8/5/09):

At that point, our stories didn’t amount to anything to speak of. When we started in on Bill D., we had no Twelve Steps, either; we had no Traditions.

But we were convinced that the answer to our problems was in the Good Book. To some of us older ones, the parts that we found absolutely essential were the Sermon on the Mount, the thirteenth chapter of First Corinthians, and the Book of James.

A.A. Number One, Bill W., learned from Dr. Silkworth that Jesus Christ could cure him. Bill learned from his old drinking friend Ebby Thacher that Ebby had been to the altar and been reborn, causing Ebby to tell Bill that God had done for him (Ebby) what Ebby could not do for himself. Bill then went to the altar at Calvary Rescue Mission, made a decision for Christ, wrote that he had been born again for sure, and then decided to seek the help of the “Great Physician,” Jesus Christ. At Towns Hospital, Bill cried out for help, had a dramatic spiritual “white light” experience, perceived that he had been in the presence of the “God of the Scriptures” (as Bill wrote on page 284 of The Language of the Heart), and never drank again. Bill proclaimed he never again doubted the existence of God. And his message became: “The Lord has cured me of this terrible disease, and I just want to keep talking about it and telling people.” (Alcoholics Anonymous, 4th ed., 191) No Big Book. No Twelve Steps. No Twelve Traditions. No runkalogs. No meetings. Just the power and love of God that Bill had sought and relied upon.

A.A. Number Two, Dr. Bob S., prayed for deliverance on the rug at the home of T. Henry Williams in Akron. Miraculously, help showed up in the visit of Bill W. to Akron. Henrietta Seiberling declared Bill’s visit to be “Manna from Heaven.” Bill soon moved in with Dr. Bob and his wife, studied the Bible with them, and nursed Dr. Bob back from one, brief and last binge. Dr. Bob
never drank again and told the nurse at City Hospital that he and Bill had found a cure for alcoholism. No Big Book. No Twelve Steps. No Twelve Traditions. No drunkalogs. No meetings. Just the power and love of God that Dr. Bob had sought and relied upon. Dr. Bob closed his story in the Big Book with these words:

Bill W. and Dr. Bob sought a drunk to help. They found A.A. Number Three, the hospitalized Akron attorney Bill D., a Christian. After Bill D. heard what Bill W. and Dr. Bob had to share, Bill D. decided to entrust his life to God’s care. Shortly, when Bill W. and Dr. Bob returned to the hospital, Bill D. told them what had happened. Bill D. then left the hospital a free man and never drank again. No Big Book. No Twelve Steps. No Twelve Traditions. No drunkalogs. No meetings. Just the power and love of God that Bill D. had sought and relied upon. Bill D. found himself echoing Bill W.’s statement on page 191 of the Fourth Edition of Alcoholics Anonymous:

The Lord has cured me of this terrible disease, and I just want to keep talking about it and telling people.

Bill D. called Bill W.’s statement the “golden text of A.A.” for him and for others.

Three men! The first three AAs. All healed by the power of God—never to drink again!

What they did is scarcely known by AAs and recovery workers today. I know, for I have spoken and written about it in front of audiences all over the United States and in Canada—in person, in books, in articles, in emails, in phone calls, and on radio and television. Yet that is the message they seem hungry to hear.

These first three AAs recovered by the power of God. And other “seemingly-hopeless,” “medically-incurable,” “last gasp case” alcoholics who thoroughly followed the early Akron A.A. “Christian Fellowship” program path were able to recover by the power of God. But what I especially what you, the reader, to take away from this discussion is that what was done in 1935 and the
next three years can be done and is being done today.

Benefitting Today from the “Lessons Learned” by A.A.’s Pioneers

I’m a proponent of A.A. I recovered immediately when I entered the rooms of A.A. in 1986 and have never relapsed since. I credit the support I received in A.A., the work I did in learning the program of recovery in the Steps and helping others to take those Steps, and the complete dedication I had to the A.A. way. But I have never for one moment doubted that God must ultimately receive the credit—just as He received the credit from the mouths of the first three AAs—Bill W., Dr. Bob S., and Bill D.

When a Christian in A.A. is buffeted with intemperate remarks from others about the Creator of the heavens and the earth, His Son Jesus Christ, the Bible, his faith, or his church, he needs to stand solid on the real recovery factor that is available in A.A. today, just as it was available in the Christian Fellowship founded in Akron in 1935.  A.A. was founded on statements such as this: God could and would if He were sought. He can. He will. He does. And He is available to every drunk or addict who wants to seek and obey Him. That was proved in 1935. It is being proved today among those Christians in recovery who choose to avail themselves of His help. His help is available in prisons, mental hospitals, A.A., other Twelve Step Fellowships, homeless shelters, treatment programs, and counseling offices.