In his book, Staying Sober, Terence Gorksi shares a simple exercise that creates a workable “road map” for the process of making amends. On a sheet of paper, draw lines to make three columns. In the left column, list those who were hurt by my drinking/drug addiction. In the center one, list how they were hurt in very specific terms. And, in the right, list what must be done to make amends with them. A final step in the process is to determine who can and cannot be contacted and to develop a chronological list of those who will be contacted. 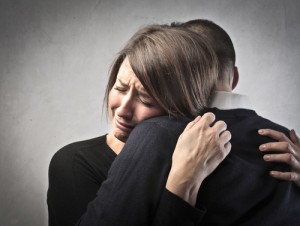 The second half of Step 9 offers a warning – there are certain people to whom we should not attempt to make amends. This is because doing so could actually be more harmful than doing nothing. In Step 8 the focus in on a list of all those to whom one is willing to make amends. Step 9 involves talking real action to restore relationships. This requires much more discretion. Here are things to consider from the Serenity New Testament:

The risk of rejection can be a part of making amends. There is no guarantee that people will respond to their request for forgiveness with openness and love. They may have simply experienced too much pain and are not willing to forgive the person and trust them again. And, they cannot be expected to ask forgiveness of them for wrongs they may have committed either. Those who would make amends must be reminded that while others may not respond as they wish they would, it will still do them a world of good. In a sense, it is a bit of a one-sided process. Ultimately, the practice of making amends is more for one’s own conscience than it is about changing other people’s attitudes. We do it because it is pleasing to God and for the sake of our own peace of mind and serenity. We are not responsible for the reactions of others.

Great healing occurs when recovering addicts start taking responsibility for the wrongs they have done and move forward constructively to make things right with those they have harmed. This whole process of making amends always begins with those closest to the addict: spouses, children, parents, and other family members. Often, despite initial skepticism, these people may see real change and begin to open their hearts again.

There is no greater joy for rescue mission workers than to see families that have been torn apart and mothers who never knew what happened to their sons or daughters, to see the reunions that could come out of this. It’s such a powerful thing, and these restored relationships can create such motivation for recovery and reward for all the hard work they put into getting to this point. It’s tremendous.

—-
From Rescue Magazine, August 1997 Journal of the AGRM
References: