Behold, He who keeps Israel
Will neither slumber nor sleep. Psalm 121:4

I’m more than usually tired this afternoon. I am beyond tired. 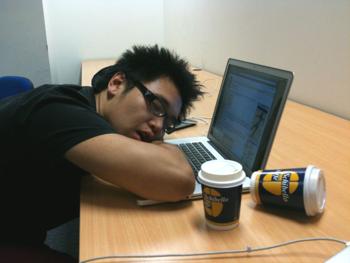 When I came home a few minutes ago – earlier than I’d planned – from my errands, I thought how mortally exhausted I am, and the verse I’m using for the text came to mind. And I realized that though I might get tired – whether sleepy or physically worn out, or both – God doesn’t. He upholds the entire creation by His will, and yet it is as easy to Him as breathing is to me, and indeed I suspect that it gives Him positive pleasure to do so. I’m tempted to say that it’s restful for God to do all that He does, but that would perhaps cause some people to infer that God requires rest, and of course He doesn’t. When the Bible says that He rested on the seventh day, it doesn’t mean that He’d gotten tired creating the universe and needed a break. It means, rather, that for six days (and I can’t make anything out of the Bible’s statements except 24 hour days…unless in that early period the morning and evening added up to more or fewer hours than 24) He had been active in creation, and on the seventh day He ceased to be active in that work because it was finished.

I don’t know how many people I’ve heard say that they supposed God was so busy that He couldn’t pay any attention to their “little” concerns. Well, there’s only one thing wrong with that theory – it’s wrong! God doesn’t have a short attention span, nor does He lack the ability to follow every detail with perfect concentration. He is guiding by His hand every single raindrop that falls, and at the same time seeing to the breeze that blows the leaves on the aspens, and at the same time taking care that the gases and dust of the Horsehead Nebula remain in their proper place, and at the same time governing the movements of the fish in the sea, and at the same time hearing attentively every prayer of every single one of His people. And He’s doing more than that. You can’t think of a single thing that takes place in the universe that God doesn’t pay attention to, and guide in accordance with His purpose and to His glory. And part of what He’s paying close heed to is the manifold needs and desires of human beings.

And just as He doesn’t lack attention for every detail, however “small” or “minor” in His universe, so He doesn’t find this overseeing of creation tiresome or tiring. We can’t focus our attention for more than a few minutes, or perhaps a few hours. I once heard a preacher pointedly remark that we sing of the sweet hour of prayer but we can’t keep our minds on prayer for five minutes – and he had a point. The most godly man or woman will find the mind wandering – not only in spite of the importance of prayer and of the specific petitions in view at the moment, but precisely because of them. The world, the flesh, and the devil conspire to draw our minds away from God just when we most need and want to focus on Him. A sure way to cause the human mind to think of everything else besides God, is to set it the task of thinking on God, and seeking His face. That’s way prayer is not only a privilege and a joy, but a discipline as well – if we don’t discipline ourselves to it, we’ll surely find ourselves praying less and less, until we don’t pray at all.

But God is not so. Our most mundane activities are before His eyes. Our least important thoughts are as interesting to Him as those we have when we are at our most elevated in mind and heart. And keeping His eyes on us is not tiring to Him at all. I finish an eight hour shift (or nine hours, or 10 hours…I’ve not had to deal with 11 or 12 hours for a few years now, and I don’t care to do it again) tired and ready to never go near the place again. But God after billions of years (if the universe is that old – and since the Bible only says that God created in the beginning, without telling us when the beginning was, it might be) is still as fresh, if I may so put it, as the day He said “Let there be light.”

And so He will never tire of caring for His people. He will never tire of instructing us in His ways and His truth. Nor will He ever tire of calling sinners to Himself, and converting them to the name of His Son. Nor will His preserving care for His church become a burden to Him, and His activity in preserving His Word against all the attacks of its enemies will never weary Him. No matter what it is that God does, in our sight or out of it (and there is nothing that obligates God to carry out all His activities before our eyes; He has a perfect right to act without telling us what or how He’s doing, though He has in fact revealed more to us than we’re capable of understanding and heeding), it doesn’t tire Him, and He never needs to sleep or rest.

I may sleep, and in my sleep be insensible to God. But He never sleeps, and is never insensible to me. He is always awake, always alert, always attentive – and whether I come to Him at a scheduled time (as I will Sunday morning), or in a tearing hurry as a sudden need comes swiftly upon me, I will never find Him asleep, or tired, or distracted. Baal may sleep, and not hear the cries of his priests, but our God is not Baal, nor any other figment of men’s imagination, and neither slumbers nor sleeps.