What are these “Four Absolutes?”

You have to be around A.A. for quite a while before you hear much about the “Four Absolutes.”

Exceptions to that statement are those who read our Conference Approved history DR. BOB and the Good Oldtimers, or Dr. Bob’s last major speech, or are in the chain of sponsees beginning with Clarence Snyder, or come from the Akron area, or who have dipped their feet into A.A.’s Oxford Group origins, the role of Rev. Sam Shoemaker, and the notes made and shared by Dr. Bob’s wife, Anne Smith.

We’ll provide a brief statement and documentation of the facts about the Absolutes. And these are long overdue because there have been many misunderstandings, isinterpretations, and confusing questions. Just take this example: Even those who ought to have known better sometimes say that the Four Absolutes constitute a distillation by Dr. Robert E. Speer of Jesus’s teachings in the sermon on the mount. But that is not so!

The “Four Absolutes” actually originated in a book by Dr. Robert E. Speer, titled “The Principles of Jesus.” Speer laid down four principles which he believed represented the uncompromising moral principles taught by Jesus. Speer cited verses from the Bible for each proposition. And his four principles were thereafter most commonly called the “Four Standards.”

I’ve heard several early Oxford Group activists use that term. I’ve seen it used often in Anne Smith’s journal. And it pops up in some of the Oxford Group writings I’ve researched. On the other hand, Dr. Bob often said the “standards” were “yardsticks.” But the term “absolutes” really came from Professor Henry B. Wright of Yale who popularized the expression “absolutes.” He cited Speer’s work. He dug up many verses from the Gospels and the Church Epistles that set forth these same principles. And Wright’s immense influence on Dr. Frank Buchman, Founder of the Oxford Group, resulted in the adoption of the phrase “Four Absolutes.” Bill Wilson referred to them by that name and even claimed they were incorporated into his Steps Six and Step Seven.

How were they used?
There’s more misinformation than information about the application of the absolutes. As I have written so often, there were no Steps either in A.A. or in the Oxford Group during the four-year period when A.A. was being developed. But there was lots of literature then being read and circulated on the topic of the absolutes. I believe the first significant use of those moral standards occurred about 1919 in China, when Frank Buchman suggested to Sam Shoemaker that “sin” might be blocking Sam’s relationship with God. Shoemaker wrote down the four absolutes–honesty, purity, unselfishness, and love–and then compared as “sins” those areas in his life which fell short of the standards. Shoemaker remarked: “My sins arose before me like tombstones;” and Sam then made a decision to surrender his life to God–a decision and event to which he referred every single year of his life thereafter in his own personal journals. 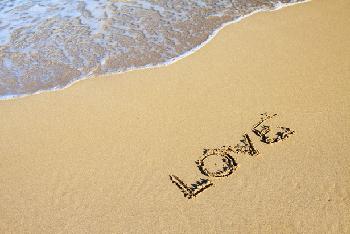 From at least that early point, Oxford Group people often made lists using the Four Absolutes as moral standards. They would write down the four standards. Then they would write down where they had fallen short of these standards. Then they would confess the shortcomings to another and go about forsaking the behavior, changing themselves, and making restitution for harms done–all based on surrendering their lives to God and receiving His guidance from the Bible, the Standards, prayer, listening to His Voice, and talking to each other.

Early AAs in Akron often incorporated a pledge in the prayers they made when they surrendered “upstairs” in the home of T. Henry Williams. In addition to accepting Jesus Christ as their Lord and Saviour and asking God to take alcohol out of their lives, they would ask for help in living up to the four standards–concepts one oldtimer called the “cardinal principles of Jesus Christ.”

Bill Wilson early criticized the Four Absolutes as being too tough for alcoholics to swallow, just as he later criticized several other Oxford Group principles and practices. By contrast, Dr. Bob Smith consistently favored application of the Four Absolutes. So did his wife Anne, and the other leaders such as Henrietta Seiberling and T. Henry and Clarace Williams. Today, these absolutes have become all but forgotten except for the pockets I first mentioned.

They are also misinterpreted because observers haven’t taken the time to learn their Biblical origins and their intended guidance and application. And I suggest the following path that will help. First, take the “standards” as the “yardsticks” for A.A.’s Fourth Step inventory (something which was actually done before there was a “Fourth Step” concept in 1939). Second, take the “standards” as the “yardsticks” for the “continued” personal inventory in the “Tenth Step” before the was a Tenth Step had been adopted in 1939. Third, consider the “principles” of the “Twelfth Step” before there was a Twelfth Step in 1939. Then look at the twenty-eight Oxford Group principles that impacted on A.A. and which Bill virtually codified in his Big Book “Steps” in 1939. Finally, look through the Big Book for its emphasis on honesty, unselfishness, and love. You can forget “purity” because that was probably the stickler for Wilson though it was the insistent subject of teaching in Akron and Cleveland A.A. If you take this study course, you have the application of these four ideas in pioneer A.A.

Let’s have the documentation, and You do the homework.

What and where they are: A good reference point for your start can be found on pages 237-238 of my title, The Oxford Group and Alcoholics Anonymous: A Design for Living That Works, 2d. ed. My squib on page 237–based on Oxford Group thinking–begins:

Absolute Honesty, Absolute Purity, Absolute Unselfishness, and Absolute Love are the essence of Jesus’s teachings about the Will of God, the ideals for man’s life, and the moral standards by which man’s thoughts and actions may be tested for harmony with God’s will.

My extensive footnotes show you exactly where you can find these in Frank Buchman’s speeches, in books about Buchman, in descriptions of Oxford Group principles, in Sam Shoemaker’s writings, in A.A. conference-approved books, in Anne Smith’s writings, and in some A.A. groups today. Save yourself some time, and begin there for extensive, precise documentation.

The principles of Jesus and Dr. Robert E. Speer’s book: The “Four Absolutes” or “Four Standards,” as they were also called, emerged directly from the research by Dr. Robert E. Speer into the heart of Jesus’s teachings. Speer set out to prove that Jesus taught some four, specific, “absolute” moral standards. Perfection was Jesus’s measuring standard. To get the roots straight, you need to start with Robert E. Speer, The Principles of Jesus. New York: Fleming H. Revell, 1902, pp. 33-35. Speer provided the following Biblical documentation for the absolute standards of Jesus:

Unselfishness: Luke 14:33: So likewise, whosoever he be of you that forsaketh not all that he hath, he cannot be my disciple. (Speer, p. 35).

Note the following: First, the principles did not come exclusively from the “sermon on the mount” (Matthew 5 – 7). Second, they are demanding, absolute “targets” and “yardsticks” as far as the Oxford Group, Shoemaker, Dr. Bob, and Anne Smith saw them. Third, you can find other Gospel citations by Dr. Speer to verses that support the foregoing asserted moral standards. Fourth, the “moral” inventory idea–from which A.A.’s Fourth Step came–was definitely intended as a “moral” (as distinguished from immoral, sinful, unacceptable) inventory–not merely a list of good and bad characteristics.

Professor Henry B. Wright’s Role: Wright examined Speer’s standards in terms of the uncompromising standards that Jesus set. Then Wright looked at Jesus’s teachings about life lived by the absolute standards. He documented his Scriptural references by citing verses from both the Gospels and the Epistles. Verses such as Luke 16:10-11 (honesty); Matthew 5:8 (purity); Luke 9:23-24 (unselfishness); Matthew 25:41-43, 45 (love). See Henry B. Wright, The Will of God and a Man’s Lifework (New York: The Young Men’s Christian Association Press, 1909). Then, much as AAs later would individually do in expanding the checklists in Steps 4 and 10, Wright pointed to many Biblical proscriptions such as adultery, stealing, killing, lying, fornication, covetousness, and defrauding found in such verses as Mark 10:19-21; Ephesians 4:25-5:4; Colossians 3:5-14; 1 Thessalonians 4:3-12; James 3:17. These remained a part of early Oxford Group ideas about unacceptable and immoral behavior.

The Big Book: Whatever has happened to the Four Absolutes in the A.A. recovery program, and despite criticisms of them by Bill Wilson, the principles are still in the Big Book for all to see. Honesty can be found emphasized–all through A.A.’s basic text. Unselfishness and the need for altruism, thoughtfulness, and consideration for others are paramount ideas. Love and the ideas of 1 Corinthians 13 are mentioned again and again, with an occasional Biblical reference as well. And purity? Was it lost? Not in Akron, where Dr. Bob and his group refused to have anything to do with those who committed adultery and other “sins.” Today, the “purity” concept has slipped between the cracks in the fellowship and in its groups in favor of widespread fornication, “relationships,” filthy language, adultery, and a host of other sins that man falls prey to. But these activities are not part of the A.A. recovery program as set forth in its Big Book–whether or not the teachings of Jesus have influenced that fact.

The Definitions of Men and Women
You can find lots of descriptions of the four absolutes in Oxford Group and other literature today. But these are the definitions of men and women, and not necessarily the commandments found in Scripture. That is why I admire Dr. Bob’s emphasis on the Bible. When he was asked a question about the “program,” his usual reply was: “What does the Good Book say?” Sometimes, it was: “What would the Master do?” And the farther our fellowship moves from the Good Book and the teachings of the Master, the farther it moves toward compromise moral ideas, language, behavior, and writings. I believe that is a major reason why Dr. Bob spoke in his last major address saying he still felt the Four Absolutes (taken, as he would say, from the Good Book) were still important.

Henry B. Wright. The Will of God and a Man’s Lifework. NY: The Young Men’s Christian