When I say I’m ex-gay, people often stare at me with that 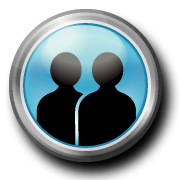 A. Claim to have seen Elvis’ ghost enjoying a Value Meal at McDonalds
B. Testify they were abducted by aliens and forced to have sex with them in a corn field.
C. Promise you will make millions of dollars and retire by age 35 simply by placing one tiny ad in a newspaper from the convenience of your own apartment.

In other words, they don’t believe me. They also feel it is their duty to convince me I’m not really changed…just abstinent, repressed and kidding myself. Maybe the confusion comes from not understanding what is meant by the term ex-gay or the claim, “transformed through the healing power of the love of Christ.”

Many times, I would read my Bible, come across accounts of healing that would inevitably end with Jesus spoke and instantly…

1) the blind man regained his sight.
2) the deaf and dumb man spoke
3) the paralyzed man leaped up from his mat and partook in a Macrena marathon. (Well maybe not in those exact words, but I was getting quite frustrated.

And, somehow, these miraculous accounts of healing were always traced back to the recipient’s faith. One day, I could hold back my tongue no longer, threw down my Bible, looked upward to heaven and screamed, “Lord, what’s up with this? I’ve resisted the gay life all these years, waiting for You to heal me….what do I need to do to show You I have faith?” (I thought I heard a voice say, “Cancel your subscription to Inches Magazine, keep your hand off you crotch when signing on the the Internet, and, after you discard gay videos, stop sneaking out to the dumpster at midnight and digging through the garbage for them.” But I figured I was doing well under the circumstances, so I gave myself a break and ignored it.)

It was several years and many tantrums later that I learned something about my Jesus. He cut back on the instant miracles of healing, but He’s still big on healing us miraculously. However, instead of public healing sessions, He chooses to heal us quietly and effectively by hooking us up with the right brothers and sisters who can help.

Through interaction with other men who had overcome homosexuality, I gained insight into what was keeping it alive inside me. And once I knew exactly what I was up against, I was able to fight back.

Before I got help, my gay drive was on “motion-sensor” Just as people install sensor beams at the start of their driveway to trigger light when something breaks the beam, so it had been with me. It would be a normal peaceful day when all of a sudden…wham! Something would cross my path (stress, being criticized, a cute guy, loneliness) break the beam and activate me into gay mode. Once in gay mode, my sole focus would be to seek out contact with other men to comfort me in my insecurity. The outcome was often disastrous.

Today, Jesus has put the right people in my life who have worked with me to take my gay mode off “motion-sensor.” We have since hooked it up to a wall switch and clicked it to the off position. I am no longer thrown into gay mode when stress or displeasure crosses my path. It has become so I am the one in control of my gay mode and not visa versa. Jesus then pointed out that He would be filling the void in my heart and not the gay life.

However, should I ever wish to go back to the way things were as a gay man, He told me, all I had to do was walk over and click to switch back to the on position. And the doubter I am, I did touch with that switch on several occasions, only to come running back and flipping it again to off. I guess I wanted to make sure I wasn’t missing anything.

I found I wasn’t.

To me, this is what is meant by healed from homosexuality. Jesus has given me power over the outside triggers which used to send me hurling into homosexual activity. Now, instead of controlling me, I control it.

And when I asked Jesus, “I never in a million years thought You could change and attraction inside me. I thought I was born gay. How did You do it?”

He placed His answer in my heart, “Did you ever walk down a street, pass a restaurant and go half out of your skull with desire when you smelled all the food cooking? But you go home, eat and, two hours later pass the same restaurant, this time with a full stomach, and the food doesn’t attract you anymore? Well, we took care of what was causing you to hunger for a man’s touch and satisfied it the right way. Now you are able to walk past the same men who used to attract you, whithout being tempted. Like with the restaurant, the food didn’t change….it stayed the same. You responded differently to it the second time because something inside of you got satisfied. so you were not hungry anymore. Its the same thing with men.

What was causing you to crave men has now been satisfied. The men are still the same. They look the same, smell the same and taste the same. It is you who has changed. Casual sex with them is no longer valuable to you to fill a need in your life, because we have filled that need legitimately. In food, in men, and in everything, when the hunger for something is not there, an attraction to it is not present either.”

Jesus continued, “You still don’t get it? When you accepted me into your heart and began submitting to the Father’s will, you were born again. That’s not just a religious term, you know. It is a verb, proclaiming what has happened to you. Got it?

This article comes from Buggin’ Out Magazine, a free publication you can receive by contacting them: Email
http://www.bugginout.org