Over the years, I have shared how my friend Kevin and I bicker all the time. We bickered in the early years, when we first met and became accountability partners. We bickered during the ministry years, when we ran a Living Waters Program at our church. And we bicker in 2011, four years into Kevin’s decision to return to the gay lifestyle.

Although Kevin and I see each other a lot less socially nowadays, we sit within 4 feet of each other 8 hours a day, 5 days a week at our place of employment. We have been coworkers since 1999. This environment is very conducive getting on each other’s nerves and releasing all that pent-up irritation through bickering when we hang out.

These are some of our more-vivid bickering sessions: 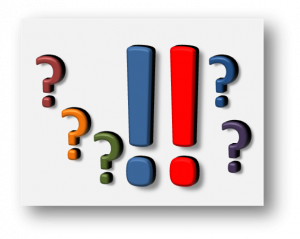 From the Early Years

Topic: Why don’t you just buy your mother a new printer?

Duration of Spat: Until I confess

Robert, do you realize that this is the third time in an eleven-day span that you have disappeared unaccountable for several hours, and returned only to report that you were fixing your mother’s printer? Why don’t you just buy your mother a new printer? These days you can find one for under 50 dollars, you know. And please, spare me that stale nonsense about having to power-off your cellphone because the signal interferes with your mother’s pacemaker. And, while we’re on it, just what exactly is causing all this wear and tear to her H.P.? Your mother is 83 years old. Is she writing a novel? Spearheading a counterfeiting operation in her basement? Mass-producing flyers for the garage sale of the century? I feel that as your friend, I must be forthright with you. I am of the opinion that you are out screwing around again in video stores and, when confronted in all the excitement, you simply forget that you’ve already used the printer alibi. Why don’t you fess up so we can move forward? Or do I invite your mother out for coffee and then ask a lot of questions? The choice is yours.

Topic: I know a hickey when I see one

Where: Anywhere, after one of Kevin’s backslides

Duration of Spat: Until he confesses

Oh puleeease! That is not a bruise from an overzealous seatbelt. That is a recently birthed hickey as surely as the beige streaks rubbing off onto your shirt collar tell the story of a tawdry male tramp attempting to alter a crime scene with make-up from the dollar store. Seatbelts, even at their most-aggressive, can maybe scratch or perhaps scrape the skin. But you show me a seatbelt that can leave a mark like the one on your neck, and I’ll show you next year’s most popular option on Subarus. Kevin, I am your brother in Jesus. I love you. Why don’t you just fess-up or are we going to have to resolve this difference of opinion with a trip to the dermatologist for a skin biopsy and let the pathology report speak for itself? (Kevin is petrified of needles and will usually confess at this point as he is not confident enough to call my bluff).

From the Ministry Years

Topic: But, I don’t want to pray with Alan

Duration of Spat: Until Kevin turns and walks away from me

Yes, Kevin, I know that you are our Living Waters Leader, but why do you always assign yourself to pray with Bill and you assign me to pray with Alan? I’ll tell you why…you are sadistic.

Every time that Alan is overtaken by the Holy Spirit, he gets all and wobbly and unpredictable, behaving somewhere between Gumby on crack and a Weeble in a windstorm.

I am not good with swooners and you know it.

I will no longer accept responsibility for him. Do you know that since we started Living Waters, I have begun associating prayer with stress? As soon as I hear a catch phrase (come Holy Spirit, let us pray, anyone requiring prayer may come to the altar) I become tense and on-edge.

When I look over at you praying with Bill, I fill up with envy. You have one hand resting peacefully on Bill’s shoulder and your other hand poised ceremoniously in midair, like you are ordering a halt to applause. You exude tranquility and efficiency.

But my prayer time with Alan is very different. It is not a time to close my eyes and surrender. No. I have to stay alert at all times, with one eye wide open and both arms outstretched, just inches from his sides as I shadow his every move, knowing that if I drift for but a moment, the little guy could crack open his skull on a pew.

Kevin, I am not backing down on this one tonight. Tonight you get Alan and I get Bill, or so help me God I will stand there coldly while the Holy Spirit swoons him right into the ER with a dinged cranium. Go ahead…..call my bluff. I hate to say it, but I feel that you are using your position of authority to entertain yourself. Oh sure, you look all Christ-like to the rest of them, but I know you and I know it personally entertains you to watch me race around the sanctuary in a tense, crisis situation. You cannot reason with a swooner. You just have to do your best to keep them upright and safe. Do you know that I have started to see the Holy Spirit as a personal adversary during prayer time? This is not good and frankly, there is no reason for this nonsense to continue. So, the buck stops here, Mr. Living Waters Leader. I am officially on ministry-time strike until my demands are met. And, no, I do not feel that I need to repent of my attitude.

Duration of Spat: Until we leave the 7-11

Robert, I don’t care what you think you heard him say. There is no way that Dr. Charles Stanley said publicly that you may enjoy a 20 ounce Coke Classic while fasting. That’s like Nancy Reagan stating that you are “still saying no” if you don’t inhale. Oh, I do indeed acknowledge that downing only a 20 ounce Coke in a 24-hour period must certainly feel sacrificial to you, considering the obnoxiously large meals you consume on any given day, but fasting it is not. The poorest of poor in Calcutta should be so fortunate to endure such a fast! Face it Bro, you’re not fasting. What you’re doing is called carbing up and God is not impressed.

Topic: Why does the Bible always err in your favor?

Where: Wherever we happen to be when he hears a fundamentalist on the radio

Yuck. You are always carrying on that the Bible has been mistranslated over the centuries by homophobic haters with personal agendas to manipulate and control. I don’t really believe that you believe it yourself; you are just looking for a reason to not have to repent. And by the way, why does the Bible always err in your favor? Let’s say for a moment that you’re right. It got mistranslated over time. How do you know that the verse that irritates you the most, Leviticus 18:22: You shall not lie with a male as with a woman; it’s an abomination didn’t end up in the hands of a sneaky scribe with a liberal bent who downplayed the original text from a more graphic it rains piss in heaven for eight days and nights to a more generic and palatable it’s an abomination?

And this theory about David and Jonathan being lovers….you harbor the same suspicions about Bert and Ernie of Sesame Street. You’ve also made suggestive comments about Big Bird’s relationship with Snufalufagus. They’re inanimate puppets for crying out loud! Anytime you see two males who are close, you instantly think they are having sex. Heterosexual men are capable of Godly, intimate bonds you know. I realize the ones in your childhood were not and that is why you cannot grasp the concept of sexless male love and this is not your fault. But please, Kevin, think before you speak or Sesame Street will soon be restricted to children over 13, accompanied by a parent.

Where: Over the phone

Duration of Spat: Until my Rigatoni reach al dente status

Robert, it is Friday night. Why don’t you have some fun and shake off some stress? My partner and I are going to a club tonight. We’ll pick you up at 11. Fine, stay home and watch your “Flintstones, the Complete First Season” DVDs yet again. But I know you. You are incapable of watching your DVDs without preparing an obscene feast to accompany them. You’re just replacing sex with food, you know. While Erick and I are out having fun, you will be at home frying up and downing meatballs like you are in a contest. Why not join us tonight? Maybe you’ll meet someone and not be so crabby. Not convinced? O.K. Let me try a more fundamentalist approach with you. If you were the Holy Spirit, wouldn’t you get lonely living in such a large temple all by yourself? Why not come out dancing with us, burn off some calories and downsize the temple a bit for Him? What was that bell I just heard? What? Who is Al Dente? Hello?

Then, the other day it happened. Kevin and I were driving to the mall when I casually mentioned: “You know, Kev, one view of homosexuality is that we chose it and we consequently need to repent of the day we chose it before healing can begin. I’m uncomfortable with that. I think back to the footage of the workers trapped in the Twin Towers moments after the 9-11 attacks set them ablaze. With steel-melting flames engulfing their backsides, the trapped workers “made the choice” to leap from the skyscraper’s windows to their deaths. I believe that we are as guilty of choosing the sin of homosexuality and they were of choosing the sin of suicide. In either scenario, what other choice was there?”

Kevin thought for a moment and uttered, “Yeah, I see your point”.

A long, impenetrable silence settled over us like a dark, heavy cloak. We were in agreement for the first time and unfamiliar with how to proceed. After 25 minutes, Kevin broke the silence with a sneeze and I took advantage of the opportunity by saying “God bless you, Kevin”. Kevin said, “Thank you very much, Robert”. And I then proceeded to assure him that he was most-welcome.

The silence continued. Desperate, I pointed to the dashboard and said, “That glovebox came standard when I bought the car. It was a real steal”. Kevin told me that he figured that out already on his own but thank you for sharing. We rode in silence for at least 30 more minutes until Kevin, who is really quick on his toes in a crisis, saved the day by saying, “I hope you are not going to another Exodus conference this summer. All those people just need to accept the way they were born and stop trying to be something they are not.”

“What?” I responded. “Accept the way we were born?” “Do you realize that not one single member of the transgendered community has ever accepted the way he or she was born, yet you think they are the greatest thing since Rogaine Foam.” Why do you applaud their extreme attempts at change yet criticize ours? Exodus is about real change and…….

Say what you will…..there’s comfort in familiarity.