I have been on this journey of forgiveness for quite a few years now, and this week, God showed me forgiveness was not at completion. Not for lack of trying, for sure. But still I am shocked at the length and depth of the process. 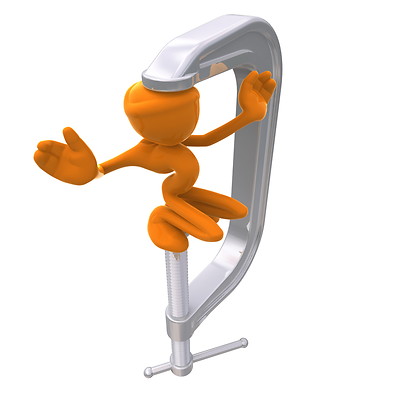 I do know that some things that God requires us to forgive will be a longer deeper process than other things. If we have been hurt by someone close to us, like a spouse, parent, child, or dear friend, or if the pain has been repeated and protracted, or if the tragedy occurred when we were a child or adolescent, or if the trauma was particularly heinous or the loss very profound, the process of forgiveness will be longer and require more of us.

Like you, I have a number of people and incidences to forgive. I will focus on just one offender right now for simplicity.

I started years ago with the first step of forgiveness: release. Releasing the offender to God.

For me, that was huge, and took many many months, maybe more than a year, to take that very first step. I thought that completed my work in forgiveness.

But a while later the Holy Spirit brought me to new revelations that there were areas of unforgiveness that I was still holding on to. I had forgiven in general, but not specific memories, instances, moments. He walked me through it, and this time, it did not take me so many months.

But later the Spirit showed me I still harbored resentment. Why? I asked. Didn’t I cover everything? The Spirit revealed that I had forgiven the actions, but not the person. Wow. That was really deep. Took a bit for me to reach forgiveness there.

Finished yet? Nope. The Spirit soon began to reveal to me the judgments I held against the offender. I was prideful that I had not sinned in this same way, so I judged the offender with a condemning judgment. I considered myself better than the offender, thinking, somehow, my sins were less sinful. Oh, there was much to process with the Lord that time.

Another time He revealed my secret desire for revenge. I wanted to hold something over the offender’s head. Somehow, I believed the lie that by not quite releasing the offender it gave me power over that person. Like drinking poison and expecting the other person to die. Admitting my revenge to the Lord was very challenging. Of course, He already knew it, but somehow I thought I could hide that part of my heart from Him.

He later revealed my stubborn refusal to reconcile, because that would require me to humble myself and ask forgiveness for holding onto unforgiveness. To ask forgiveness for my sinful response of walling myself off. He showed me the idol of myself, my reputation, and I have to admit that I did not want to expose my sins to the offender. I wanted to remain this holy and upright person that I pretended to be.

Each time the Spirit revealed, and I repented, He drew me ever so much closer into His heart. Each time, I was sure I had covered it all. Each time, I thought forgiveness was complete. What else could there possibly be? But again and again we revisited the same issue. Traveling down that spiral staircase, reaching a landing of rest, but then being called down to another level again, deeper and deeper into the Lord’s heart.

So here I stand, many years deep into the process. And this week, the Spirit said, “It’s not finished yet.” Ugh! Still not finished? I could not imagine what else could possibly be blocking me from completion of forgiveness. Once again, I had absolutely no idea. Once again, I went to prayer and fasting to hear His voice, begging Him to reveal what only He knew.

He said, “You’re angry at Me.” I argued with Him a bit. Futile, of course; He’s always right. He reminded me that He took full responsibility for everything on this earth. He even quoted my book, from Chapter 4, Sovereignty. He went on to say, “You have been hurt, and your sinful response to your pain has left your life in a big mess. And although you accept My sovereignty, you don’t like what I have chosen for your life. I call that rebellion.”

As I was on my face repenting, God explained, ever so gently, that the offenders in my life were His servants.

How are they Your servants? I was desperate to know. The Lord explained that only He knew my heart, and that He was using my offenders to expose the deepest darkest depths of my heart. The core of my heart that remained hidden from me, the darkest sins of pride and control and fear, of not trusting Him, of idolatry and rebellion. God, in His absolute sovereignty and infinite love for me, desires to expose the dark areas of my heart, to bring me to repentance, to cleanse me and deliver me and heal me, to drive out darkness and fill me with His Spirit. He wants deep relationship with me that badly. He wants to invade me with His Spirit in greater and greater measure, so He will do whatever it takes to expose my heart. He chose to use the evil of this world as His servants. Only He knows what it will take. And not one tear more.

I accept His perfect plan for my life. Every moment, past, present, and future. And, now that I can see with His eyes, I am deeply grateful to my offenders. For I know, I am certain, that without their influence upon my life, my sins would remain hidden, blocking me from receiving Him in deeper and deeper measure. I trust that only He knows what it will take. I trust Him with my life, my loved ones, my heart.

And there is no creature hidden from His sight, but all things are naked and open to the eyes of Him to whom we must give account. Hebrews 4:13

As I reflect on this 12-year journey, it is so abundantly clear that each step was only by His grace. The kindness of God brings us to repentance

Or do you think lightly of the riches of His kindness and tolerance and patience, not knowing that the kindness of God leads you to repentance? Romans 2:4

Where are you on your forgiveness journey?