For all have sinned, and come short of the glory of God; Romans 3:23

I recently came across this little inspiration ditty circulating on social media:

“God uses People Who Fail (No other kind around).”

That’s become more of a revelation to me in the last few years, especially within the context of recovery. It’s not a one-time, flawless thing. It’s day in, day out, with some days being better than others. It doesn’t sound glamorous or rewarding. Nevertheless, it is reality and embracing the process of life itself can be liberating if we, perhaps, give ourselves permission to fail. Part of that requires we not disqualify ourselves at the first — or the one thousandth — mistake; God doesn’t. 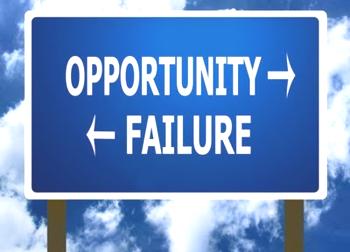 “For I know the thoughts that I think toward you, says the Lord, thoughts of peace and not of evil, to give you a future and a hope.” Jeremiah 29:11

I often encounter people who are perfectionists — and I get it. Among all the things I’m recovering from in life, perfectionism is, indeed, right up there. And, again, in the recovery context, it is

ratcheted up to an entirely new and overwhelming degree. With eating disorder recovery alone, I’ve interacted with many a stressed out individual, so paralyzed by anxiety and the fear of making any mistake, they seemingly cease to stop living their lives.

Failure is a part of both success and life. Check out some “in spite of” individuals…

People who found success despite failures

Colonel Sanders: The founder of KFC. He started his dream at 65 years old! He got a social security check for only $105 and was mad. Instead of complaining he did something about it.

He thought restaurant owners would love his fried chicken recipe, use it, sales would increase, and he’d get a percentage of it. He drove around the country knocking on doors, sleeping in his car, wearing his white suit.

Do you know how many times people said no till he got one yes? 1009 times!

Walt Disney: The man who gave us Disney World and Mickey Mouse. His first animation company went bankrupt. He was fired by a news editor because he lacked imagination. Legend has it he was turned down 302 times before he got financing for creating Disney World.

Albert Einstein: He didn’t speak till he was four and didn’t read till seven. His parents and teachers thought he was mentally handicapped. He only turned out to win a Nobel Prize and be the face of modern physics.

Richard Branson: He’s a billionaire mogul of Virgin but has had his share of failures. Remember Virgin Cola or Virgin credit cards? Probably not. He’s lost hundreds of millions of dollars but has not let failure stop him…

Mark Cuban: The billionaire owner of the NBA’s Dallas Mavericks got rich when he sold his company to Yahoo for $5.9 billion in stock. He admitted he was terrible at his early jobs. His parents wanted him to have a normal job. So he tried carpentry but hated it. He was a short order cook but a terrible one… He says of his failures…

“I’ve learned that it doesn’t matter how many times you failed,” Cuban says. “You only have to be right once. I tried to sell powdered milk. I was an idiot lots of times, and I learned from them all.”

Vincent Van Gogh: He only sold one painting in his lifetime! Just one to a friend. Despite that he kept painting and finished over 800 pieces. Now everyone wants to buy them and his most expensive painting is valued at $142.7 million.

Theodor Seuss Giesel: Dr. Seuss gave us Cat in the Hat and Green Eggs and Ham. Books every child reads. At first many didn’t think he would succeed. 27 different publishers rejected Dr. Seuss’s first book To Think That I Saw It on Mulberry Street.

John Grisham: The American author first was a lawyer who loved to write. His first book A Time to Kill took three years to write. The book was rejected 28 times until he got one yes for a 5,000 copy print. He’s sold over 250 million total copies of his books.

Steven Spielberg: He applied and was denied two times to the prestigious University of Southern California film school. Instead he went to Cal State University in Long Beach.

He went on to direct some of the biggest movie blockbusters in history. Now he’s worth $2.7 billion and in 1994 got an honorary degree from the film school that rejected him twice.

Stephen King: His first book Carrie was rejected 30 times and he threw it in the trash. His wife retrieved it out of the trash and encouraged him to resubmit it. The rest is history. He has sold more than 350 million copies of his books…

Stephenie Meyer: The author of the crazy Twilight series said the inspiration from the book came from a dream. She finished it in three months but never intended to publish it until a friend suggested she should. She wrote 15 letters to literary agencies. Five didn’t reply. Nine rejected. One gave her a chance. Then eight publishers auctioned for the right to publish Twilight. She got a three book deal worth $750,000. In 2010, Forbes reported she earned $40 million.

Tim Ferris: The man behind the 4 Hour Workweek, who changed how many people view work and life, was rejected by 26 publishers before one gave him a chance. It’s been on the bestseller’s list for years, sold all over the world, and last year published The 4 Hour Body that went to #1 on the New York Times bestsellers list.

The Beatles: They were rejected by many record labels. In a famous rejection, the label said, “”guitar groups are on the way out” and “the Beatles have no future in show business”.

After that the Beatles signed with EMI, brought Beatlemania to the United States, and became the greatest band in history.

Michael Jordan: He’s famous for being cut from his high school basketball team. He turned out to be the greatest basketball player but never let failure deter him…

“I have missed more than 9,000 shots in my career. I have lost almost 300 games. On 26 occasions I have been entrusted to take the game winning shot, and I missed. I have failed over and over and over again in my life. And that is why I succeed.”
http://getbusylivingblog.com/famous-people-who-found-success-despite-failures/

So, how much more will God use you and me? It’s not about imperfections or weaknesses. In fact, those are often the very things which make us all the more powerful and relevant…

And he said unto me, “My grace is sufficient for thee: for my strength is made perfect in weakness.” Most gladly therefore will I rather glory in my infirmities, that the power of Christ may rest upon me. 2 Corinthians 12:9

You fail; I fail. And that’s the wonderful miracle of our lives. We’re valuable, regardless.

So, go on. Let God use your life today!