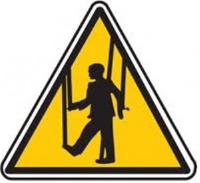 …get me in a lot of trouble.

I got disappointed this week.

Disclaimer: I’m only telling this story because I think it contains some valuable lessons. The details don’t matter—this is about my personal failure, nothing else.

A couple of years ago I was invited to be a very small part of a project. No contracts or financial commitments, just a small once-per-week contribution. Four other people, all much more qualified and credible, also joined. I felt pleased and honored to be included.

The basic idea was that we would all place a drop or two in the pond, and hopefully a few folks would benefit from a much-needed cool drink. The only “payback” was some publicity and perhaps a bit of potential traffic to my own site. In my case, an added benefit involved association with four experienced, well-known writers.

After a few months, the others began to drop away. Their contributions became less regular, then disappeared completely. No explanation—they just vanished. With a couple of intermittent exceptions, I was the sole contributor for more than a year. During that period, the only feedback I received was a terse admonition that I’d violated the guidelines by improperly promoting my speaking availability. I whined a bit and removed the offending material.

Why did I continue? I made a commitment to someone who helped me, and I wanted to keep that commitment. I also knew that a fair number of folks were continuing to visit, so I figured someone was finding value. I don’t want to over-play this—it really wasn’t a big amount of additional time or effort. I hoped I was helping the visitors and the person who originally invited me to join.

At least that’s what I told myself.

This week I received a form email informing me that the project was discontinued.

I have no clue what happened, why the others dropped out, or why the project ended. Don’t know whether I did something wrong or offended someone, whether my contributions were bad or inappropriate or worthless. And since I didn’t know, I of course made all sorts of wild speculations.

Before we go any farther, let’s be clear—this is in no way a criticism of anyone else. I’m not looking for sympathy. I relate this story only because I want to share what I learned.

What I mostly learned is to be highly suspicious of my own motives. Did you catch the lie at the beginning of this essay? “I got disappointed this week.”

Why should I be disappointed? I made an open-ended, no-strings-attached commitment to someone else’s worthwhile project. I kept my end of the bargain. The project ended. So what’s the source of my feeling of disappointment?

After all, I was just being a good guy, serving selflessly, trying to help—how could that possibly lead to disappointment?

You see it, right? The problem resides in my own heart. I didn’t “get disappointed.” I’m disappointed because I harbored a whole set of unspoken expectations that weren’t met.

So here’s a partial list of reminders to self:

Don’t “serve” with the expectation of getting something in return. That’s not service, it’s manipulation. Doesn’t work with people or with God.

Don’t say “Yes” from a sense of obligation. Never begin or continue anything because of a “should.” Better to say “No” than to agree out of guilt or compulsion. The world already has plenty of self-created martyrs.

If I don’t want to do something but I believe it’s the right thing to do, first change my attitude. If I can agree because I sincerely WANT to do what’s right, not because I think I should, then go for it. Otherwise, decline honestly.

Assume best intentions on the part of others. Nothing positive’s accomplished by ascribing evil motives. Nobody’s out to get me. Assuming the worst involves creating imaginary, much-worse-than-real-life monsters. Instead of inserting my own interpretations and “reading between the lines,” how about just being open about questions or concerns?

Nobody “owes” me anything. Let go of the sense of entitlement. I’m not owed gratitude, an apology, forgiveness, or anything else. Those are only worthwhile when offered freely—demanding them only insures false, hollow interactions.

Someone once offered a wise way to examine my inflated sense of self-importance:

When you begin to think you’re indispensible, stick your finger in a glass of water. Then pull it out, and see how much of a hole remains.

The world, and God’s plan, move forward—with or without me. I’m free to contribute and serve with an attitude of humility.

It is for freedom that Christ has set us free. Stand firm, then, and do not let yourselves be burdened again by a yoke of slavery. Galatians 5:1

I’m free to live without guilt and expectations. I’m free to value love and relationships.

Or I can choose to live in a self-constructed prison of doubt and manipulation.

Obedience without surrender is manipulation.

Confession without repentance is bragging.

Have you created unspoken expectations in an attempt to manipulate yourself, others, or even God? What are they, and how do you let them go?