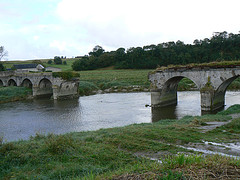 I ran across a list the other day, one psychologist’s list of relationship killers. No groundbreaking information, but it got me thinking about my relationship with Jesus.

It’s clear that relationship is God’s primary intention. Jesus’ central mission was to restore open, transparent interactions with God, others, and self. So this simple list prompted me to wonder what attitudes or self-talk might be getting in the way.

I’m convinced that whenever I feel distant from Him, I’m the one who moved. So here’s a list of five ways I might damage my ability to maintain a close, authentic relationship with God.

I spend a lot of time and effort telling God what He’s doing wrong. I don’t use those words, of course. Instead I say something like, “If I were God, I’d …” The implication’s clear—He’s getting it wrong. If only He’d do it my way…

Maybe I’d do better to say, “God, I don’t get it. From my perspective, this doesn’t make sense. But I want to trust that You know best—please help me to trust that you’re working for good in all circumstances.”

It’s also interesting that God doesn’t criticize. That may be a foreign notion to folks who’ve been taught to view God as a cosmic critic, but I think He’s much more interested in pointing the right direction than highlighting my errors. Certainly His word shows me when I’ve made a mistake, but God’s always about encouraging me to follow the correct path.

Because of mercy and grace, His focus is on future success rather than past failure.

The antidote to criticism is encouragement. Rather than enumerating “wrongs,” God continually invites me to follow Jesus toward what’s right.

On the night before His horrible death, Jesus talked to His Father honestly about His fear. He clearly stated His desire to avoid the horrors He faced.

Jesus didn’t complain about a clearly unjust fate, and He didn’t expect God to meet His demands. But He also didn’t hesitate to tell God exactly what He wanted.

Maybe I’d experience a closer relationship to Jesus if I followed His example. Instead of complaining about perceived injustice and unfairness, perhaps I ought to tell God my desires in an attitude of trust and acceptance.

The antidote to complaining is asking directly for what I want without any sense of entitlement.

I defend myself when I feel attacked. So if I become defensive toward God, I make Him the adversary—not a really good plan.

God never attacks. I DO have an enemy who seeks my destruction, and defensiveness places that enemy between me and God.

When I’m open and honest about my failures, I adopt an attitude of faith that places God between me and my true enemy.

The antidote to defensiveness is listening to feedback and acknowledging my failures.

God never moves, never changes, never pulls away. But when I listen to the enemy’s lies and believe that I’ll never be good enough, I tend to withdraw into feelings of guilt and shame.

Whenever I try to hide from God, I hear His quiet voice calling, “Rich, where are you?”

It’s silly, because He knows right where I am. He’s just waiting patiently for me to come home.

The antidote to withdrawal is entering through the always-open door of God’s love.

Blaming means deflecting responsibility for my choices. It’s an avoidance reaction to fear, and it reinforces an attitude of weakness.

I may blame God for the unwanted consequences of my actions; I may blame Him for the consequences of evil in a fallen world. In either case I’m lying to myself, attempting to make whatever I don’t like “God’s fault.” Blaming tries to make God the bad guy.

The antidote to blaming is responsibility, or response-ability. It’s exercising my personal power to choose and then facing the consequences of my choices.

These harmful attitudes deny the very core of what I know to be true about God:

I guess I should work a little harder on the antidotes.

Do any of these get in the way of a close relationship with God for you? Can you identify other attitudes that cause feelings of separation?