There are many non-Christian religions and cults in America: Mormonism, Jehovah’s Witnesses, Christian Science, Unity, The Way International , Unitarianism, Islam, Hinduism, etc. They all claim special revelation and privilege and those that use the Bible invariably interpret it in disharmony with standard biblical understanding. And, groups like the Mormons and Jehovah’s Witnesses object to the label “cult” because it often gets an emotional reaction as well as is a label they want to avoid. 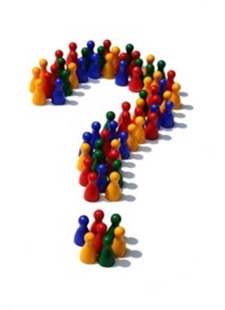 The dictionary defines cult as “a system of religious worship or ritual”; “devoted attachment to, or extravagant admiration for, a person, principle, etc.”, “a group of followers.” This is a typical secular definition and by it, any believer in any god is a cultist, even atheists since they have an admiration for a principle and are a group of followers of the philosophy of atheism. Therefore, this is too broad a definition since it doesn’t sufficiently address the issue of true and false religious systems.

In Christian bookstores, there are almost always ‘cult’ sections which include the Mormons, Jehovah’s Witnesses, etc. So, I am not alone in describing what a non-Christian, bible based cult is. Nevertheless, what makes something non-Christian is when it denies the essential doctrines of the Bible.

All of them add to the finished work of Jesus on the cross. Some cult groups even add to the Bible, i.e., Mormonism which has the Book of Mormon, Doctrine and Covenants, and The Pearl of Great Price. Also Christian Science has added Science and Health with Key to the Scriptures. The Jehovah’s Witnesses, however, have actually changed the text of the Bible to make it fit what they want it to. For information on this see Jehovah’s Witnesses and how they have changed the Bible.

Cults add their own efforts, their own works of righteousness to the finished work of salvation accomplished by Jesus on the cross. All Cults say that Jesus’ sacrifice is sufficient, but our works must be ‘mixed with’ or ‘added to’ His in order to prove that we are saved and worthy of salvation. They say one thing but believe another. They maintain that they must prove themselves worthy and that they must try their best to please God and prove to Him that they are sincere, have worked hard, and are then worthy to be with Him. In other words, they do their best and God takes care of the rest.

This is absolutely wrong. The Bible says that we are saved by grace not by works “For by grace you have been saved through faith…not as a result of works, that no one should boast,” (Eph. 2:8-9, NASB); not by anything we do “For we maintain that a man is justified by faith apart from works of the Law,” (Rom. 3:28, NASB). Because if there was anything that we could do to merit the forgiveness of our sins, then Jesus died needlessly “nevertheless knowing that a man is not justified by the works of the Law but through faith in Christ Jesus, even we have believed in Christ Jesus, that we may be justified by faith in Christ, and not by the works of the Law; since by the works of the Law shall no flesh be justified…I do not nullify the grace of God; for if righteousness comes through the Law, then Christ died needlessly,” (Gal. 2:16, 21, NASB).

People in cults will often cite James 2:26 where it says that faith without works is dead in an attempt to demonstrate that works are part of becoming saved. While it is true that faith without works is dead, it isn’t the works that save us. James is saying that if you have real and true faith, it will result in real and true works of Christianity. In other words, you do good works because you are saved, not to get saved. He isn’t saying that our works are what saves us, or that they, in combination with the finished work of Christ, save us. James is simply telling us that if we say we have faith (James 2:14) but we have no works in correspondence to that faith, then that faith won’t save us because it is a dead faith. This agrees with Paul who tells us that faith is what saves us, “Therefore having been justified by faith, we have peace with God through our Lord Jesus Christ,” (Rom. 5:1). This faith is real faith, or true saving faith, not just an empty mental acknowledgement of God’s existence which is what those who “say” they have faith but show no corresponding godliness are guilty of. Incidentally, you should realize that faith is only as good as who you put it in. Just having faith in something doesn’t mean you’re saved. That is why it is important to have the True Jesus , because if you have great faith but it is in the wrong Jesus, then your faith is useless.

Another common denominator among the Cults is their methods for twisting scripture. Some of the errors they commit in interpreting Scripture are: 1) taking Scripture out of context; 2) reading into the Scriptures information that is not there; 3) picking and choosing only the Scriptures that suit their needs; 4) ignoring other explanations; 5) combining scriptures that don’t have anything to do with each other; 5) quoting a verse without giving its location; 6) incorrect definitions of key words; and 7) mistranslations. These are only a few of the many ways Cults misuse Scripture.

If you want to be able to witness well to a person in a cult, you need to understand their doctrines as well as your own. It would be a good idea to study both Christian Doctrine: the Bible, God, Creation, Man... and Christian Doctrine: Jesus, the Holy Spirit, Salvation… as well as the The Essential Doctrines of Christianity to become better equipped. Through study you will be able to answer questions that often come up in witnessing encounters. A Christian should know his doctrine well enough to be able to recognize not only what is true, but also what is false in a religious system (1 Pet. 3:15; 2 Tim. 2:15).

Jesus warned us that in the last days false Christs and false prophets would arise and deceive many (Matt. 24:24). The Lord knew that there would be a rise of the spirit of Antichrist (1 John 4:1-3) in the last days. Its manifestation is here in the forms of Mormonism, Jehovah’s Witnesses, and the New Age Movement, among others.

_________________
1. This definition of “cult” is not sufficient to cover all that needs to be discussed in cult theologies and practices nor is it broad enough to address the topic of world religions like Hinduism, Buddhism, and Islam which are do not fall under the definition I’ve employed.

The term cult can range from any group of worshippers of any God who pay no attention to the Bible, to a small, highly paranoid, apocalyptic people who gather around a charismatic leader that uses the Bible to control them. Nevertheless, I’ve chosen a definition. I’ll probably modify it as I learn more.