Dishonesty becomes a way of life for most people with addictions…of any kind.

And when they swear off the use of drug or the repeating of the act, whatever that may be, the tendency to shape the truth doesn’t just disappear. In fact, I would be willing 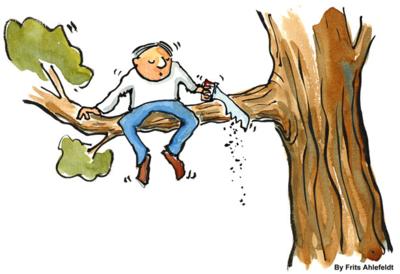 to bet that most addicts/alcoholics resort to lying throughout the stages of addiction. Traditionally, the steps are labeled misuse, abuse, dependence, and full-blown addiction. These stages are the cornerstones of our secrets.

* Misuse
This, the initial stage, is where people begin to experience negative happenings in their relationships at home and at work. A pattern of deception of is born.

* Abuse
When people continue using a substance in spite of negative consequences, it is considered abuse. They are not only deceiving others, now they are deceiving themselves as well.

* Dependence
In this stage, the addict’s drug of choice is the focal point of the person’s life. Money, time, and relationships now exist only to provide the drug.

* Addiction
This, the final stage, is apparent when stopping the use of the drug causes withdrawal symptoms and their tolerance level is at its maximum. We use not just to get high, but to prevent tremors, nausea, anxiety, and seizures. Often times, the addicts family is pulled into his/her addiction and sometimes carries the burden. They attempt to control the addict, only to be told lies and promises of change.

To block the pain, we construct elaborate defenses for self-protection. We minimize, excuse, and deny the reality of hurt, anger and fear. We learn to lie to others — and to ourselves — about painful realities. We are ashamed of our feelings and behaviors, and if anybody really knew what’s inside us, we’re sure they would leave us. And that would be devastating.