We are living in an age where stress pushes at us from all sides. We live with a real threat of nuclear war. There is armed conflict in parts of our world. Famine, natural disasters, inflation and unemployment are nationwide. Things are going from bad to worse. 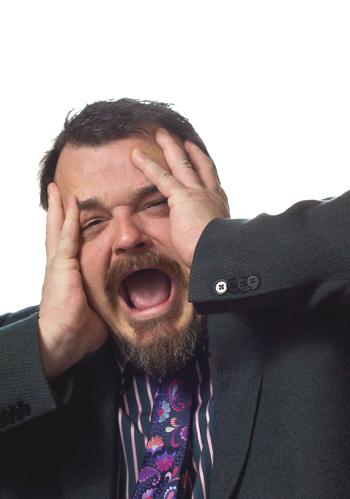 Apart from the pressure in the world, each one of us face stress and tension in our daily lives and situations. Underemployment and unemployment are very real problems that hurt us not only financially, but threaten us with feelings of inadequacy and loss of self-esteem.

Another cause of stress can be attributed to a simple lack of communication – on the job, between husband and wife, or between parent and child. We have the young mother with a thousand seemingly endless duties at home. There is the husband at work with pressure to meet deadlines. At day’s end, when the husband comes home, there can be real conflict unless there is an attempt to honest communication.

There is stress in the life of the single person who may have feelings of loneliness or rejection. There is the ministry whose life may become a seemingly endless cycle of handling one counseling crisis after another, while still expected to be an outstanding church leader, perfect husband, and loving father. There is the worker in the factory saddled with what seems to be a boring, dead-end job.

The point is, all of us face stress and tension in our lives. To a certain degree, everyone also experiences occasional feelings of unworthiness or inadequacy stemming from an improper self-image. 0 r self-image also tends to change somewhat as our circumstances change.

Pressure and stress can be dealt with in many ways. One way is through beverage alcohol. A beer after work or a glass of wine with dinner can be a very relaxing way to soothe jangled nerves. Social drinking has become fairly acceptable, and in some cases a virtual must. Also, our media bombards us with the message that drinking is macho, or feminine. Just about everything to make it more desirable and attractive. About half of the adult population of our nation occasionally use beverage alcohol. One out of ten people who do drink eventually become alcoholics or problem drinkers. It is becoming a problem of staggering proportions with over nine million Americans trapped in alcoholism or problem drinking.

The Christian has a choice to drink or not drink. We are not told specifically in the Bible not to drink, but we are warned against drunkenness. Unfortunately, Christians who use alcohol run the risk of developing alcoholism just as much as the non-Christian. Alcoholism does not happen in a person’s life overnight. Sometimes it is a matter of years before alcohol becomes a significant problem. The fact remains that alcoholism can develop in a Christian who uses alcohol, and is under a great amount of stress and tension over an extended period of time. This is not to say that all Christians who drink will develop drinking problems, but some Christians do. The Christian who develops harmful drinking patterns has several choices when he begins to realize the dilemma he is in. Sometimes it becomes a “secret sin” which he does his best to hide from his friends at church, the pastor, even his family. Or he can deny that it is a problem by rationalizing “a beer or two never hurt anybody,” when in reality it is much more than a beer or two. The Christian with drinking problems experiences endless bouts of guilt and remorse. He may feel totally unworthy in the sight of God, his family, and friends. Such feelings, while not justified, are intensified as alcohol becomes a veil between him and God. He feels unworthy to ask for God’s forgiveness, which causes the drinking-guilt cycle to become more intense. Eventually, something must happen to break that cycle or he will be destroyed.

The Christian who has a drinking problem can break the cycle. He can experience the freedom that God intends for us to walk in. He can be helped to achieve total and permanent sobriety. The first and biggest step is to confess to God that his life has become powerless over alcohol, and earnestly desire to stop drinking. Because the Lord also ministers His healing power through other people, he should seek outside help. Alcoholism is not developed overnight and cannot be cured overnight. He must be educated about the causes and effects of alcoholism. He must learn to deal with his feelings and attitudes that may have contributed to his problem. He must learn to cope with stress and pressure.

Sometimes he must deal with the immediate problem of physical withdrawal from alcohol by being hospitalized. There are also groups such as Alcoholics Anonymous and AI-Anon for spouses and family members. For Christians, and others, there is also a valuable resources called Alcoholics Victorious. The objective of our Christ-centered fellowship is to help people recover from alcoholism and other addictions through the redemptive ministry of Jesus Christ. Each participant is encouraged to share honest feelings, because a drinking problem begins at a feeling level and is overcome at the same level. Changes in feelings, attitudes, thinking, and behavior are a result of being able to recognize that change is necessary, discovering how change can be effected, and then going into action to do what is necessary to bring about that change. AV members do not judge or moralize one another. The key word in AV is acceptance. God loves us just as we are. He wants to help us change, but requires cooperation, willingness, and a certain degree of commitment.

In conclusion, the Christian who suffers with a drinking problem can be helped and can realize fully his identity as a new creature in Christ.