Warning: the following will mess you up. Allow Holy Spirit to lead and guide you into all the truth concerning ‘repentance’. This is a critical piece of The Message: that we believe the Gospel of Grace! 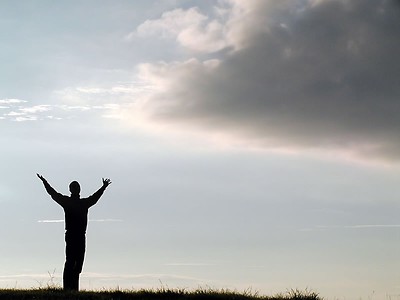 “The guilt and shame that is always associated with repentance causes this great gift to be, almost universally, thought of in a negative light and resisted rather than embraced as it should be and will be when seen correctly. ” (Clark Whitten, Pure Grace – page 98).

“Repentance is the most mis-translated word in the New Testament” (Broudus). It means to change one’s mind in light of new truthful information. This is the process by which believers have our minds transformed. When the truth of the finished work of Christ challenges religious mindsets, repentance allows one to embrace the new and discard the old.

By this process we grow up into the fullness of Christ. The mixture gospel taught by the vast majority of evangelicals reduces the glorious gift of repentance to a tool of behavior modification. Truth embraced will always produce freedom and correct Jesus-like thinking! The truth is–Believers are the righteousness of God (In Christ) or we are not righteous at all.

“Jesus’ work was finished completely or not finished at all!” (Whitten)

This word has been translated regularly as “repentance,” which is an old English word borrowed from the Latin, which means penance. Then they added the “re” to get even more mileage out of sin consciousness. Re-penance. This gross deception led to the perverted doctrines of indulgences, where naïve people were led to believe that they needed to purchase favor from an angry god. Most cathedrals as well as many ministries were funded with this guilt money.

English translations do little to help us understand what ‘true’ repentance is. Until Jerome’s Latin Vulgate translation, the word metanoia was commonly used. For instance, Tertullian wrote in 198 A.D., “In Greek, metanoia is not a confession of sins but a change of mind.” The word ‘metanoia’, consisting of two components, Meta, together with, and nous, mind, clearly suggests a radical mind shift, not confession.

But despite this the Latin fathers begin to translate the word as “do penance” following the Roman Catholic teaching on doing penance in order to win (or curry) God’s favor. In 1430, Lorenzo Valla, a Catholic theologian, began a critical study of Jerome’s Latin Vulgate and Valla pointed out many mistakes that Jerome had made.

Sadly, the “Vulgate-Only” crowd of Valla’s day forced him to renounce many of the changes that he noted needed changing in the Vulgate including the poor translation of metanoia. The business of religion desperately needs paying and returning customers. Jesus was crucified for this reason; the entire system of keeping people dependent on their hierarchy was challenged and condemned by him.

Your thoughts were distanced from God’s thoughts as the heavens are higher than the earth, but just like the rain and the snow would cancel that distance and saturate the soil to awaken its seed, so shall my word be that proceeds from my mouth.

In Christ the distance between us and His Father is erased and the soil of our heart is saturated with non-shaming forgiveness and un-conditional love.

The Greek preposition ‘Meta’, (meaning) ‘together with’, implies another influence. This is where the gospel becomes so powerful since it appeals to our conscience to reason together with our original design … the authentic thought; the mind of God is realized again. The distance caused by Adam’s fall, compared to the distance between heaven and earth, is cancelled in the Incarnation of Jesus.”

Following is the bottom Line of what is so incredible about authentic and pure change of mind and life direction (What we have been duped by religion to mistakenly refer to as “repentance” or “do penance”).

Metanoia suggests a co-knowing with God! It is an intertwining of thought; and it is to agree with God about me. Your belief in God does not define him; his faith in what he knows to be true about you defines you. In Mark 11:22, Jesus says, “Have the faith of God.” Unfortunately, most translations say, “Have faith in God.” That is a difference. God’s belief in you gives substance to your faith. Jesus is what God believes about you.

When we put our trust into and agree with what God believes about us, our hearts naturally, supernaturally give us impetus to turn from sin.

I write this, dear children, to guide you out of sin. But if anyone does sin, we have a Priest-Friend in the presence of the Father: Jesus Christ, righteous Jesus. 2 When he served as a sacrifice for our sins, he solved the sin problem for good – not only ours, but the whole worlds. (1 John 2:1-2, Msg) Toit, Francois Du (2012-07-02). Mirror Bible (Kindle Locations 362-368). Mirror Word Publishing, Kindle Edition.

Do you see any shame here?

Enjoy agreeing with what God thinks and declares about you!