Genesis 37:5, 45:4-5 NKJV
Now Joseph had a dream, and he told it to his brothers; and they hated him even more…. And Joseph said to his brothers, “Please come near to me.” So they came near. Then he said: “I am Joseph your brother, whom you sold into Egypt. But now, do not therefore be grieved or angry with yourselves because you sold me here; for God sent me before you to preserve life.”

I recently read an article in a Christian magazine about a woman whose dream in life was finally fulfilled. She wrote:

“And one day, in His sovereign timing, we will give birth to the dreams He’s planted within us” (In Touch, October 2010). 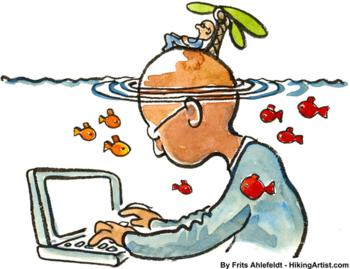 Joseph was a young man of great promise. He was bright, learning to read and write a foreign language with ease. He was obedient and loving to his father He was willing to submit himself to the authority above him and he kept himself true to the moral laws of God. In Genesis 37, he had two dreams in which he saw, representively, his family bowing down to him. With the brashness of youth, he shared those dreams around the family fire and created such hatred in his brothers that they sold him into slavery. That slavery led to a false accusation of rape (from which he was never publicly vindicated as far as we know) and imprisonment. In other words, he went from believing that he would rule his family to being thrust into a foreign land and culture and becoming the worse kind of hated vermin there… a foreigner and a convicted rapist. Not exactly the fulfillment of a dream.

Many teachers then justify all this by saying that he then was elevated — and rewarded — by being made the equivalent of the prime minister of Egypt. But the problem is that he was still a foreigner and a convicted rapist. He was never allowed to return to living with his family (who were sent to live in a distant part of Egypt). He was given a position of great power, but it was a position with a price. He had to give up everything that was dear to him and become someone else. And the sole purpose of all that was to fulfill God’s will, not his own desires, not his own dreams.

Joseph was the favored son of his elderly father. Isaac, wrongly or rightly, demonstrated his favor by having a special cloak made for him, a cloak rich with embroidery. Then God gave the dreams and Joseph’s future seemed secure. He would rule the family clan with all of his envious brothers bowing to and serving him. His dreams.

But not God’s will.

Instead, it took many years of darkness, suffering, and turmoil for Joseph to realize that life wasn’t about having God fulfill his dreams, but rather having him fulfill God’s will. And in Genesis 45 he makes an amazing statement: “Do not therefore be grieved or angry with yourselves because you sold me here; for God sent me before you to preserve life” (v. 5 NKJV). He says, in essence, to his brothers, “You threw me into a pit and then sold me into slavery where I was taken to Egypt. I was forced to work for a family where the bitter wife wrongly accused me of rape, a charge of which I have yet to be vindicated. And even now, I am working in a position of power, but am hated by most of the Egyptian court because I am a foreigner and a convicted felon. That is the life you have given me. But don’t give it another thought. Don’t be grieved or angry with yourselves, because all of this was God’s will. This is what He brought about as the fulfillment of my dreams.”

Not his dreams, but God’s will.

The writer of Hebrews tells us of similar experiences:

“Others were tortured, not accepting deliverance, that they might obtain a better resurrection. Still others had trial of mockings and scourgings, yes, and of chains and imprisonment. They were stoned, they were sawn in two, were tempted, were slain with the sword. They wandered about in sheepskins and goatskins, being destitute, afflicted, tormented– of whom the world was not worthy. They wandered in deserts and mountains, in dens and caves of the earth. And all these, having obtained a good testimony through faith, did not receive the promise, God having provided something better for us, that they should not be made perfect apart from us” (Hebrews 11:35-40 NKJV).

The revealing phrase in this passage is “did not receive the promise.” These saints of God lived their entire lives and failed to receive what they believed was the fulfillment of their lives. Why? Because God had something better!

God had something better!

Not our dreams, but God’s will.

God doesn’t say no out of anger, vengeance, or even spite. He says no to us because He has something better. Beyond our dreams, there is God’s will and it is better than we can possibly imagine. Joseph didn’t receive the fulfillment of his dreams in the way he had imagined. He never lived with his family again. But he was revered by his people, with even his bones being carried back into the Promised Land. He became one of the great Patriarchs of the Judeo-Christian faith and he is a model for us to follow in our lives. By giving up his small dreams, he allowed God to create an enormous legacy.

God’s will is bigger than these few years we live on this earth and our influence can be far more lasting than what we see during those years. We have the potential to influence many for years to come. But the choice is ours. Do we want our dreams… or His will?