Genesis 50:10-20a NRSV
Joseph said to them, “Do not be afraid! Am I in the place of God? Even though you intended to do harm to me, God intended it for good.” 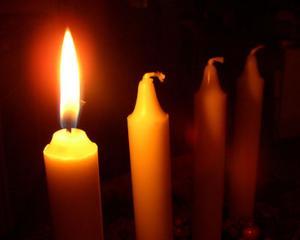 The story of Joseph is always amazing to me. I keep coming back, again and again, during different experiences in my life, to this particular verse and to the reality that was Joseph’s. You see, I’ve heard many preachers extol the honors that Joseph received, how he went from a slave to becoming Prime Minister of Egypt, second only to Pharaoh. But that’s not quite the entire story.

Joseph, as a boy, I’m sure was convinced that he was destined by God to live within his family, within that safe known culture, and there to become the family patriarch. That he was destined to grow up and grow old surrounded by all he knew, lauded and respected by his brothers and their families. That he would have a comfortable and secure life.

None of that happened.

We all know the story. Because of his brothers’ jealousy, he was sold as a slave and taken to Egypt. There, he adapted himself to a life of servitude, but was able to prosper under the ownership of Potipher. He became second in power in that household, only his master was greater . . . when a lustful and vindictive wife falsely accused him of rape. He was summarily thrown into prison where he again became successful as the prison scribe (but still in prison). Then, through the interpretation of dreams — given to him by God — he was elevated to the position of Prime Minister of Egypt.

But here’s really where the “untold” story becomes so important. First, he was never vindicated of the rape. So, it’s is highly likely that the Egyptian court still looked upon him as a rapist. There was very likely much gossip and ostracizing. His only “acceptance” into that social circle came from Pharaoh’s power. Thus, outwardly he was accepted and respected, but that was probably all. Second, he came from a tribe that were shepherds, hated in Egypt (that’s why his family was “given” Goshen, a land distanced from Pharaoh’s palace). Pharaoh gave Joseph an Egyptian wife, clothed him in Egyptian clothes, and required him to shed every bit of his previous culture. In other words, Joseph was required outwardly to become an Egyptian. So, here he was, the Prime Minister, bereft of anything familiar and hated by all around him except his boss (who likely didn’t see him a lot). Even though he had the outward trappings of success, his life was certainly very different than what he had wanted or dreamed of.

And here’s where the story becomes so interesting. During his father’s life, Joseph made all appearances of embracing his family. But after Jacob died, Joseph’s brothers became frantic that he would finally take his vengeance upon them. They beg him to be merciful and he responded:

“Do not be afraid! Even though you intended to do harm to me, God intended it for good.”

Joseph had lost “everything” that we normally cherish. He had become, in essence, a stranger to his family. He regularly spoke a different language, wore different clothes, lived wholly in a different culture, had a foreign wife. And yet, in all of it, Joseph kept the one thing that mattered: his relationship with God. In that, despite all of his losses, he was able to understand the perspective of all our lives!

You see, our lives are simply a dot in all of eternity. What matters is how much we trust God, how we live out His will, how we trust Him in the darkness. The losses don’t matter because He has promised to work all things for our good! Not some things, not only the good things, not just the fair things, but all things!

Life wasn’t as Joseph had dreamed or expected. Life certainly wasn’t fair to him and things never evened out. But his life was what God had planned for a far greater purpose. Joseph was able to learn to take the long view of things and to trust God, regardless of what happened to him. Where he lived didn’t matter. His reputation with those around him didn’t matter. Where he ended up in life didn’t matter. All that mattered was doing the Father’s will… and Joseph did that.

I have to ask myself if I can be that obedient, that trusting. Everything was taken from Joseph and though there was an outward form of restoration, Joseph truly didn’t receive anything like he expected until he reached heaven. Am I willing to wait until then? Am I willing to live in a world that certainly isn’t fair, trusting God to take care of everything and being willing to wait for things to even out after I go Home?

Hebrews 11 teaches that many of the great saints of the Bible, both those named and those unnamed, didn’t receive the result of God’s promises to them in this life:

All of these died in faith without having received the promises, but from a distance they saw and greeted them.Hebrews 11:13 NRSV

These understood the great truth taught by our Lord:

Am I willing to simply walk the path He had outlined for me, shedding everything that He deems unnecessary and clinging only to Him? Is He my only treasure? I would hope that daily I come closer to that Truth in my life.