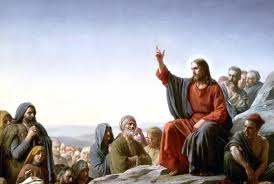 It’s a fancy theological term. Personally I think my pastor friends use it to impress us.

The basic point is that to understand scripture it’s important to know the original audience.

I won’t get into a bunch of detail—I’d either have to make it up or copy it. But the notion involves understanding that each book of the Bible, while divinely inspired, was written to a specific audience in a specific historical context.

The four gospels, for example, contain slightly different accounts of Jesus’ ministry. Some have argued that this proves the Bible’s unreliability. This sort of superficial interpretation ignores what we know about the writers and their audiences.

Matthew was a Jew writing to Jews. He refers frequently to Old Testament prophesy with which they were familiar. His intent was to link Jesus to the fulfillment of those well-known scriptures.

Luke was a Greek physician who undertook to write an orderly history of the ministry of Jesus and His apostles. His intended audience was likely much broader and is reflected in the detailed nature of his gospel and the book of Acts.

John wrote as an old man nearing the end of his life. His gospel is much more of a spiritual reflection than a historical narrative.

How does it help?

I’ve found this principle helpful in a couple of ways.

When a passage of Scripture seems confusing I’m trying to remember to ask, “Who was the original audience?” It leads to interesting discussions in our small group, and sometimes challenges some long-standing assumptions about familiar verses.

I’m also wary when I hear someone using Scripture, often out of context, to prove a point. “Who was the original audience?” helps me to sort out opinion and rhetoric from truth.

Have you ever been confused by a passage from Scripture because you didn’t consider the original audience?