For if God did not spare the angels when they sinned, but cast them into hell and committed them to chains of deepest darkness to be kept until the judgment; and if he did not spare the ancient world, even though he saved Noah, a herald of righteousness, with seven others, when he brought a flood on a world of the ungodly; and if by turning the cities of Sodom and Gomorrah to ashes he condemned them to extinction and made them an example of what is coming to the ungodly; and if he rescued Lot, a righteous man greatly distressed 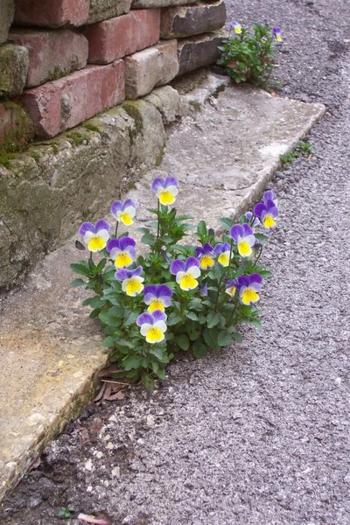 by the licentiousness of the lawless (for that righteous man, living among them day after day, was tormented in his righteous soul by their lawless deeds that he saw and heard), then the Lord knows how to rescue the godly from trial, and to keep the unrighteous under punishment until the day of judgment–especially those who indulge their flesh in depraved lust, and who despise authority. 2 Peter 2:4-10a NRSV

Peter also lists the judgment against the evil angels as an assurance that God hasn’t forgotten His holy judgments.. He will judge the ungodly!

So what does this mean for us as believers?

It means that God can protect us while, at the same time, judging those who are ungodly around us. Peter writes: “The Lord knows how to rescue the godly from trial, and to keep the unrighteous under punishment until the day of judgment” (v. 9).

For many of us who are married to either unbelievers or backsliders, our being “one flesh” with them means that often we live through their consequences, even those these are consequences we haven’t earned. These consequences are often very hard to bear, very painful. And it seems as if the Lord is punishing us along with them. It’s important to realize that while for them it is a punishment, for us it is a trial.

There is a difference.

The Bible assures the believer that we will go through trials.

Endure trials for the sake of discipline. God is treating you as children; for what child is there whom a parent does not discipline? Hebrews 12:7 (NRSV)

My brothers and sisters, whenever you face trials of any kind, consider it nothing but joy, because you know that the testing of your faith produces endurance; and let endurance have its full effect, so that you may be mature and complete, lacking in nothing. James 1:2-4 (NRSV)

In this you rejoice, even if now for a little while you have had to suffer various trials, so that the genuineness of your faith–being more precious than gold that, though perishable, is tested by fire–may be found to result in praise and glory and honor when Jesus Christ is revealed. 1 Peter 1:6-7 (NRSV)

What are the characteristics of trials?

What is amazing (and miraculous) is that the circumstance which is a trial for us is a punishment for the unrighteous (the unbeliever and the backslider still in rebellion). I think that is really important to understand for those of us who are suffering due to actions from someone in our families (parents, spouses, children). Because the situation is the same, it seems that we are being punished with them. No! That one circumstance which is punishment to that person is a blessed trial for us, a situation uniquely designed by our Father to mature us in the faith. While the circumstance is something the unbeliever will curse, it is something for which we should be very grateful for it refines us like gold to make us more like the Lord Jesus Christ.