You know, we don’t really believe that the Bible is true. We say we do, but often we ignore things in it. We say, “Well, there must be another way” or “In this case, it won’t happen like this.” But the fact is, the Bible is unequivocally true. Everything it says will happen the way it says it. Period. 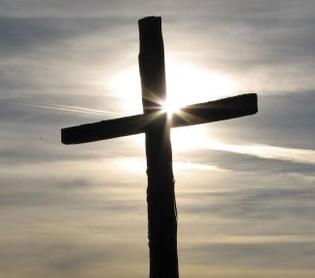 With wickedness comes contempt and with dishonor comes disgrace. In other words, we can’t hide our sin.

Be sure your sin will find you out. Numbers 32:23 NRSV

King David was absolute ruler over all his kingdom. Not only that, but he could have any number of wives and be well within his rights… as long as the women he chose were available to marry him. In other words, he could have any woman except one who was already married. And, of course, human nature being what it is, he wanted a woman who was already married. We all know the story. He had an affair with her and she got pregnant. So, David arranged for her soldier husband to come home, hoping that the husband would have sex with his wife and never know that the baby she bore wasn’t his. Unfortunately for David, the husband was a more honorable man than his king and refused to enjoy his “vacation” while his men were still fighting and dying on the front lines. So David, in a frenzy not to have his sin found out, sent Uriah to the front lines to be killed in battle. And so he was.

I’m sure at this point, David breathed a sigh of relief. He took the grieving widow into his home and married her. Likely everyone in the royal court was complimenting David on his compassionate heart, taking another man’s poor widow as his wife, not knowing that David was really only doing it to hide his sin of adultery (and now murder).

But God saw and God knew. You see, there is no way to have wickedness without contempt, dishonor, and disgrace. Sin cannot exist in a vacuum. That’s why God’s forgiveness is so important. That’s why we should run (not walk) to the Throne the instant we sin and confess our sins, receive forgiveness. The apostle John wrote:

If we confess our sins, he who is faithful and just will forgive us our sins and cleanse us from all unrighteousness. 1 John 1:9

Notice that it begins with “if.” The fact is, we aren’t automatically forgiven. We need to confess our sins. We often don’t. The reality is, we want to forget our sins, to ignore them, to pretend that we just weren’t that stupid.

Vine’s tells us that the Greek word John used for “confess” means “to confess by way of admitting oneself guilty of what one is accused of, the result of inward conviction.” When we confess, we
(1) admit that we’re guilty
(2) acknowledge a conviction that what we did was wrong.

Since we usually don’t like to be perceived as wrong, we often want to avoid confessing our sins. But we can’t receive forgiveness without confession. God has filled His Word with many if-then promises. We only receive the promise (the “then” part) when we do something first (the “if” part). IF we confess, THEN we are forgiven.

Sin is a horrible thing, something to be avoided at all costs. But if we do succumb, then we have a loving Father Who is faithful and will forgive us and cleanse us once we confess.