1 Peter 1:13-16 NRSV Therefore prepare your minds for action; discipline yourselves; set all your hope on the grace that Jesus Christ will bring you when He is revealed. Like obedient children, do not be conformed to the desires that you formerly had in ignorance. Instead, as He who called you is holy, be holy yourselves in all your conduct; for it is written, “You shall be holy, for I am holy.”

We have dogs. Currently, we have one dog, but often we have more than one. People know that we rescue poodles, and we are often called to see if we will give a poodle a home. In the past two years, the “yard” that our dogs have enjoyed has changed considerably. First, it was the portable yard that we use for our RV. We bought two units and attached them together, so it was about 6×4 feet. Not very big, but for small dogs, large enough to walk around. Last year, when we moved into the trailer, the yard was considerably larger. There was room to run and play a bit, certainly lots of room to nose around and smell (which the dogs loved to do). In this house, the yard is huge in comparison to anything we’ve had previously. It’s a big lot and the back yard goes from edge to edge. It’s possible not to be able to see our little poodle just looking out the back door; the yard is that big. 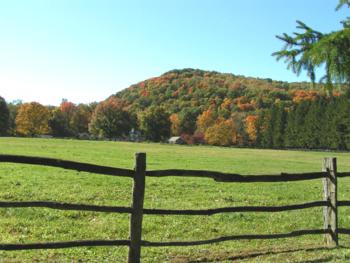 One thing every yard had in common was some kind of a fence. The fence is both a protection from at least some of the predators getting in (though there are still those, like snakes, that can get in under the fence) and a protection from the dogs getting out of the yard and being at risk of being hit by cars or stolen by thieves.

The fence is a protection.

As people, we also have a protection. It’s called a conscience. It’s both something we are born with and something we should have been taught as children. Unfortunately, many parents are not good at teaching their children right from wrong and so many children now don’t know that certain things (stealing, physical violence, emotional violence, bullying, etc.) are wrong.

When Peter talks about us preparing our minds for action (and then follows that up with a command for us to discipline ourselves), I believe he is talking, at least in part, about training our consciences how to respond. He is commanding us to learn what is right and what is wrong and to choose what is right.

There are two dynamics to this. First, when we finally have become disciplined — when our consciences are trained to distinguish right from wrong — it is a sign of spiritual maturity. And second, it is a process of training. Solid food is for the mature, for those whose faculties have been trained by practice to distinguish good from evil. Hebrews 5:14 NRSV

Why am I suddenly so concerned about this? It’s not a sudden concern, actually. Those of you who have followed my spiritual path for a number of years know that I wrote and conducted seminars called “Renovation Living” several years ago which dealt specifically with the idea that the morality of the American Church has deteriorated over the past century, that what we used to condemn is now simply ignored. And we have done it under the guise of “refusing to judge.” The scripture that refers to this has been so misused (Matthew 7:1, Luke 6:37). As usual, Satan has taken a godly truth and twisted it for his own purposes. And we, as a Church, are the weaker for it.

The fact is that the Bible isn’t tolerant and it does establish specific behavioral boundaries. We are told how to think, how to act, how to make choices and if we are believers, we are expected to stay within those boundaries, those fences. Just as I have fences to protect my dogs, the Bible establishes fences to protect us from sin. Even though my sins are forgiven by His grace, I am commanded not to sin: Should we continue in sin in order that grace may abound? By no means! How can we who died to sin go on living in it? Romans 6:1-2 NRSV

This week, one of the men from our church called the pastor. He wanted pastor to know that he had been in a physical altercation (yes, a fist fight) with another man and was asking what he should do about it. Pastor told us that this man loved the Lord, but just couldn’t control his temper. I was appalled. How can you love the Lord and beat the stuffing out of another human being (for whom Christ died)? But then, I have gossiped this week and that’s just as bad. How can I hurt someone for whom Christ died if I truly love the Lord?

We need boundaries! We need fences!

I know that I need much more training in distinguishing good from evil, not only to learn where the fence is, but to train my heart to respond to the good and, if I slip, to feel guilt and shame about my sin so that I won’t do it again. Yes, I’m forgiven, but the guilt and shame works to my advantage, to teach me what is wrong and to train me in righteous living. And, probably more than anyone else, I need that!