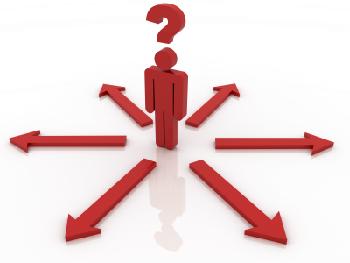 Constructivism is the idea that knowledge isn’t a static entity which can either be known or learned. It isn’t a concrete set of truths or ideas which the student must learn from the teacher. Rather, constructivism teaches that each student constructs their own reality–their own truths–from the environment around them. The teacher, then, rather than being a sage that communicates truth to the student becomes a facilitator, helping the student find the resources that she needs to learn what she deems to be important. This is a drastic change in worldview from our previous beliefs that teachers were deposits of knowledge from which the students needed to learn. It is also a drastic change from the idea that there is one Truth which can be learned.

It may be that constructivism is actually the result of the idea of American self-determination. America is, I believe (though I’m not a historian), the first country to believe that every person has the inalienable right to determine what he will be, where he will live, what he will do, and what he will decide. And while it’s unlikely that our founders believed that this concept would take our nation far away from God, unfortunately it has. 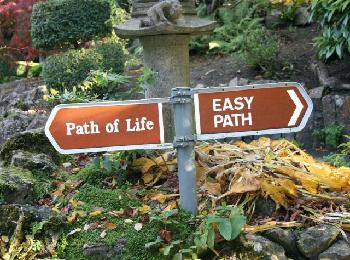 Paul didn’t believe in self-determination. As a talmidim to the Pharisees, he lived by a strict code of conduct governed by the Jewish religious laws. Every decision was pre-determined by those laws, with no room for personal choice. And even though it had been his personal choice which launched him into this life, once there, all choice was taken away. What he wore, what he ate, where he could travel, whom he could marry… everything was predetermined by the Jewish religious laws.

It was within this worldview that Paul wrote what he did in Romans 6. There he teaches that human beings have no ability to self-determine at all! He teaches that we are all slaves… all the time! We are slaves either to sin or we are slaves to righteousness. He gives no third option.

Do you not know that if you present yourselves to anyone as obedient slaves, you are slaves of the one whom you obey, either of sin, which leads to death, or of obedience, which leads to righteousness? Romans 6:16

The Lord Jesus Himself confirmed this truth:

Jesus answered them, “Truly, truly, I say to you, every one who commits sin is a slave to sin.”
John 8:34 NRSV.

In America, we have become accustomed to there being moral neutrality, so much so that our churches even have often bought into it. I’ve had pastors tell me that there are songs that are morally neutral (neither good nor bad), even though those songs promote immoral lifestyles! Paul is clear: everything we do is either as a slave to sin or as a slave to righteousness. No other options are given.

Paul writes to the Ephesians:

Follow God’s example in everything you do, because you are his dear children. Live a life filled with love for others, following the example of Christ, who loved you and gave himself as a sacrifice to take away your sins. And God was pleased, because that sacrifice was like sweet perfume to him. Let there be no sexual immorality, impurity, or greed among you. Such sins have no place among God’s people. Obscene stories, foolish talk, and coarse jokes–these are not for you. Instead, let there be thankfulness to God. You can be sure that no immoral, impure, or greedy person will inherit the Kingdom of Christ and of God. For a greedy person is really an idolater who worships the things of this world.

Don’t be fooled by those who try to excuse these sins, for the terrible anger of God comes upon all those who disobey him. Don’t participate in the things these people do. For though your hearts were once full of darkness, now you are full of light from the Lord, and your behavior should show it! For this light within you produces only what is good and right and true. Try to find out what is pleasing to the Lord.

Take no part in the worthless deeds of evil and darkness; instead, rebuke and expose them. . . . So be careful how you live, not as fools but as those who are wise. Make the most of every opportunity for doing good in these evil days. Don’t act thoughtlessly, but try to understand what the Lord wants you to do. Don’t be drunk with wine, because that will ruin your life. Instead, let the Holy Spirit fill and control you. Then you will sing psalms and hymns and spiritual songs among yourselves, making music to the Lord in your hearts. And you will always give thanks for everything to God the Father in the name of our Lord Jesus Christ. Ephesians 5:1-11, 14-20 NLT

This is an amazing passage and very convicting. I can see that there are still many areas in my life where I am rebellious, where I don’t want to give up my sin! Father God, please forgive me for my rebellion. Take hold of my hard heart and teach me to love You as I should, giving up what little I have in order to claim all that is Yours! I ask this in the name of the Lord Jesus, my Savior.