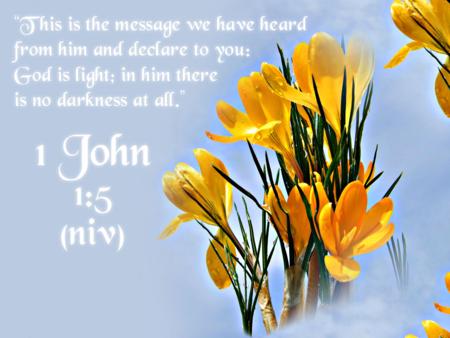 Why is that important?

Because, in our society, we have created moral and ethical neutrality, the gray that exists that is neither good nor bad, neither appropriate nor inappropriate, neither right nor wrong. But for the apostles — and for our Lord — there is no middle ground. There is only righteousness and sin. Thus, following this pattern, I can be assured that there is only love or hate.

That makes sense when I look at the definition of love from 1 Corinthians 13:

Love is patient; love is kind; love is not envious or boastful or arrogant or rude. It does not insist on its own way; it is not irritable or resentful; it does not rejoice in wrongdoing, but rejoices in the truth. It bears all things, believes all things, hopes all things, endures all things. 1 Corinthians 13:4-7, NRSV

In this definition of love, I do understand that love is more than a feeling, but it a set of actions that I choose as behaviors toward someone else. In this context, I act and the feelings may or may not follow. But I choose based on scripture and trust God to take care of everything else.

In the passage in John, the apostle John is careful to note that this hatred is about believer-to-believer relationships. And the hatred he is talking about is defined (by Vine’s) as “of malicious and unjustifiable feelings towards others, whether towards the innocent or by mutual animosity.” When I show malice toward someone, I want to bring them harm. Oh, I may not want to actually hit them or shoot them, but I could want less than success or God’s blessings for them. I can want vengeance by having them fail.

Have you ever known Christians who were mean and hateful? Who perhaps used their position to control, manipulate, or even bring harm to you? I have. I can think of at least three people in my life who were angry, spiteful people and who did their best to harm me, sometimes even after I was out of their lives. The thing is, my concern shouldn’t be about their harming me. Ultimately, they can’t harm me because Father God has promised in Romans 8:28 that He will work out all things to my good. Unfortunately, it is so easy in those situations to hate back, to want harm to come to them. It can be almost impossible to be patient and kind. But that is exactly what God is calling me to do.

The NLT translation says: Love is not irritable, and it keeps no record of when it has been wronged. 1 Corinthians 13:5 Unfortunately, I have to admit that I have kept records of being wronged. And those records — those memories — have made me irritable.

For we ourselves were once foolish, disobedient, led astray, slaves to various passions and pleasures, passing our days in malice and envy, despicable, hating one another. Titus 3:3 NRSV

“Passing our days in malice and envy, despicable, hating one another.” People who are like this Titus calls foolish and disobedient, being led astray. That is me and I want it to be me no longer.

Have you ever wondered why Paul began his description of love with “patient?” I hadn’t really thought about it until today. You see, I think that — for most of us — our idea of patience is far different than the actual definition. The dictionary definition of patient is “bearing pains or trials calmly or without complaint.”

When another believer brings pain or trials into my life, John is saying that I must greet such with love. I must refuse to become irritable and not keep a record of this wrong done to me. I must bear the pain or trial without complaining and without becoming agitated. I must forgive (70 times 7, mind you) and allow God to take care of me. I must love and not hate. If I don’t do this, John says that the darkness will overtake me in such a fashion that I will actually become spiritually blind.

Thankfully, John began this chapter with this verse:

My little children, I am writing these things to you so that you may not sin. But if anyone does sin, we have an advocate with the Father, Jesus Christ the righteous. (v. 1)

The Lord is telling me that this is how I should live. But if I fail, then I have an advocate in Jesus Christ Who will forgive my sins and cleanse me from all unrighteousness (1 John 1:9).

I have a long way to go in learning how to live this way. I have to admit that my inclination is for spite and not for forgiveness, for self-protection and not for embracing pain with patience. But I’m learning to trust the Lord and I’m leaning on Him to help me learn to live quietly and lovingly with the believers around me, even the ones that are so hard to love.