Several aspects of these verses in Genesis struck me in a powerful way, and for several reasons. However, they are all related, and so I want to attempt to tie them all together in this post. 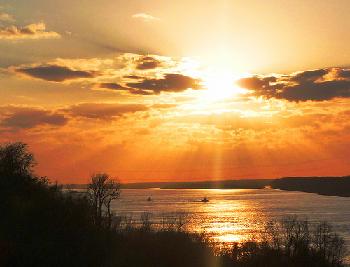 The first aspect of this Scripture that really spoke to me is in Genesis 1:2, when the Lord says,

Have you ever felt lifeless, without energy, kind of like a worthless “formless,” lump on a log? I know I have. And, quite often, I still can find myself in that place if I do not watch my thoughts. I can feel totally powerless to do anything positive about my life and my circumstances.

The good news is, I have a Saviour, a Heavenly Father, Who cares so much for me that He gave His All to draw me to Himself and let me know that He loves me, that He cares. How do I know this? This Scripture verse, Genesis 1:2, reminds me of the tremendous care of my Abba! Father. The New NKJV Life Application Bible says the following about this verse:

“The image of the Spirit of God hovering over the waters is similar to a mother bird caring for and protecting its young.”

As an eagle stirs up its nest,
Hovers over its young,
Spreading out its wings, taking them up,
Carrying them on its wings,
So the LORD alone led him,
And there was no foreign god with him. Deuteronomy 32:11,12, NKJV

Like birds flying about,
So will the LORD of hosts defend Jerusalem.
Defending, He will also deliver it;
Passing over, He will preserve it.” Isaiah 31:5, NKJV

This tremendous love and care is soothing and comforting, and I am reminded of Psalm 8:3 and the wonder of David when he penned these words:

When I consider Your heavens, the work of Your fingers,
The moon and the stars, which You have ordained,
What is man that You are mindful of him,
And the son of man that You visit him? NKJV

Sharing the awe that David experienced is what brings me to the second aspect of these verses that demonstrated to me that, truly, God put His All into the creation of the earth and into making provision for us, His people, found in Genesis 1:3-5, still on God’s first day of creating the world:

Then God said, “Let there be light”; and there was light. 4 And God saw the light, that it was good; and God divided the light from the darkness. 5 God called the light Day, and the darkness He called Night. So the evening and the morning were the first day. NKJV

What is so striking to me is that the meaning of the word “light” in these verses differs from the meaning of the word “lights” found in verses 14-18 in the same chapter. In Genesis 1:3, when the Lord says, “‘Let there be light’; and there was light,” the word for “light” in the Greek is “or,” meaning “lumination or (concretely) luminary (in every sense, including lightning, happiness.”

This is so relevant because of the many descriptions of the Lord God Almighty Himself throughout the Scriptures as lightning. The following is a small sampling:

When He utters His voice— There is a multitude of waters in the heavens: ” He causes the vapors to ascend from the ends of the earth; He makes lightnings for the rain; He brings the wind out of His treasuries.Jeremiah 1:16, NKJV

For as the lightning comes from the east and flashes to the west, so also will the coming of the Son of Man be. Matthew 24:27, NKJV

Please note especially in Jeremiah that the prophet speaks of the Creator’s voice, and it was in speaking that all things came into being, including you and I! Thus, the Lord poured His very essence, Light, into His creation!

I also believe this to be so because of what Jesus says to the rich ruler in Mark 10:18:

Following every act of His creation, God said that “it was good.” There was only one exception, and that was humanity, and we were “very good”! How could creation not be God Himself poured out into His world, when only God is good? Furthermore, as John testifies in his Gospel in the first chapter, verses 8-10:

He was not that Light, but was sent to bear witness of that Light. That was the true Light which gives light to every man coming into the world. He was in the world, and the world was made through Him, and the world did not know Him. John 1:8-10

So God is Good and God is Light. And He wants us to be surrounded by Him and His Light, and so He created the stars and the moon and the sun:

The “lights” spoken of in these verses are the word “ma’or” in the Greek, meaning “”a light, a luminary, a center of radiant light; properly a luminous body or luminary, that is, (abstractly) light (as an element); figuratively brightness, that is, cheerfulness; specifically a chandelier: – bright, light.”

So while the stars and the moon and the sun contain the Light of God, they are “bodies” reflecting His Light, rather than the One Source. In addition, the light in verse 2 is defined as “what makes a sensible impression on the organs of vision.” This speaks to me of God’s ability to give us revelation knowledge of Who He is – the very Light of the world!

So if you are feeling empty and as if there is nothing you can do to change your circumstances today, do not lose hope! Jesus is your Source of Hope, and He promises you that, just as in the beginning of time, He will transform your world:

Behold, I will do a new thing,
Now it shall spring forth;
Shall you not know it?
I will even make a road in the wilderness
And rivers in the desert. Isaiah 43:19, NKJV