2 Corinthians 1:9-10 NRSV
Indeed, we felt that we had received the sentence of death so that we would rely not on ourselves but on God who raises the dead. He who rescued us from so deadly a peril will continue to rescue us; on him we have set our hope that he will rescue us again.

I’ve always believed in God, believed that He exists, that He gave us His Word, that He desires to be interactively involved with me.

I have not always trusted Him. 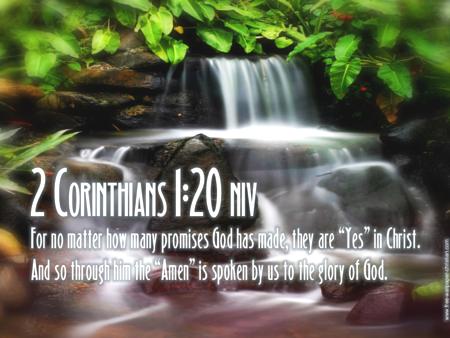 That’s an awful truth that’s even more awful when I write it. In print, it makes it more real, brings it out into the open. It’s a horrible thing because, when I refuse to trust Him, I greatly lessen His character, make Him someone He is obviously not. And, to be honest, I place myself on the throne when I refuse to utterly rely on Him.

Asaph, who wrote Psalm 73, had a similar experience. He looked around and saw the ease and pleasure of the sinful rich in his community.

Psalm 73:2-3 (NRSV): But as for me, my feet had almost stumbled; my steps had nearly slipped. For I was envious of the arrogant; I saw the prosperity of the wicked.”

Asaph, as I, looked at his circumstances and judged whether or not God was acting rightly based on the transient circumstances of the moment, rather than looking at the Word of God which cannot lie and at the character of God which is always good, merciful, trustworthy, and righteous. For me, I chose to cling to the self-centeredness of my old nature and wondered why God wouldn’t give me what I wanted. It was the wrong question. I should have wondered why I didn’t want what God wanted for me.

If God can and will deliver me from eternal death, why wouldn’t I trust Him to deliver me from anything else that comes my way? “He who rescued me from so deadly a peril will continue to rescue me.” (v. 10 personalized)

Romans 8:28, 31-32 (NRSV): We know that all things work together for good for those who love God, who are called according to his purpose. . . . What then are we to say about these things? If God is for us, who is against us? He who did not withhold his own Son, but gave him up for all of us, will he not with him also give us everything else?

As my children were growing, I had to often say no to them. In every instance, the no was to protect them, to train them, to give them the experiences that they needed to be strong, successful adults. My “no’s” were as loving as my “yes’s”.

God’s “no’s” are as loving as His “yes’s.” Whether He is protecting us from a bad decision, leading down a path that is closer to His will, or simply wanting something better for us, we can trust His answers because they are for our good. If He has rescued us from certain eternal death, He will continue to rescue us, even from ourselves, if we trust Him enough to say, “Yes, Lord, I will accept any answer You give, for Your no’s are as loving as your yes’s.” More than my wants, I want His wants.