Could you say this to another, younger Christian? Could you have a Christian live with you, observe you, watch you, and then trust, if they imitated you, that they would be imitating Christ? 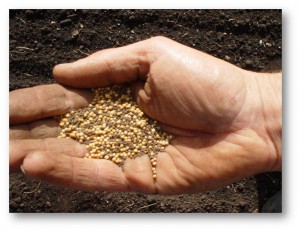 I think that, initially, all of us want to say “yes,” but if we think about this much, if we really meditate on this, wouldn’t we more likely back off? Do we really live our lives in such a way that others can imitate us and know that, in doing so, they would be pursuing the narrow path?

There are so many things about our lives that are wrong. Our society, our very personalities, have been formed by the influences—the very strong influences—of our culture, of the media. What we think is right we find, surprisingly, might actually be wrong . . . when we truly study the Word. (Thank God for His mercy and forgiveness!)

Paul was so sure of his walk with the Lord that he was able to say (several times, in scripture, actually) “imitate me.” To truly understand the impact of this, we need to understand the idea of talmid (disciple) and rabbi (teacher), because that was the model to which Paul referred. David Stern explains it like this:

The English word “disciple” fails to convey the richness of the relationship between a rabbi and his talmidim in the first century c.e. Teachers, both itinerant like Yeshua and settled ones, attracted followers who wholeheartedly gave themselves over to their teachers (though not in a mindless way, as happens today in some cults). The essence of the relationship was one of trust in every area of living, and its goal was to make the talmid like his rabbi in knowledge, wisdom and ethical behavior.

There is much more to “imitating” than listening to what someone says. It is about living our life just like they live their life, making the same decisions, living with the same choices.

How much exists in the secret corners of our lives that we wish even the Lord didn’t know about, no less our friends, those around us? Are we willing to have those around us imitate us, even when we’re alone?

Paul imitated Christ. He was truly the Talmud of the rabbi Jesus. Can we say the same? Are our lives such that we can encourage others to imitate us?