My sister is a pot user, so was my ex. Matter of fact they still are. I was fortunate or not fortunate… depending on how I want to look at it, of living with them both.

Examples of what is NOT happening. 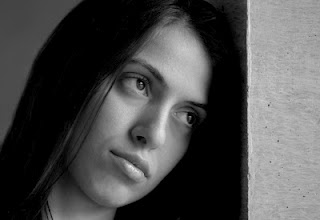 My sister felt so good after awhile that she forgot everything she was supposed to remember. She finally had to get one of those things that record your voice and play it back to herself to remember. I wished as I lived with her that she could remember many things she forgot…like how to be human and how to care for her kids. But I guess the recorder didn’t have that much space on it.

My ex used to forget how to get home or that he was married at all. I should have remembered for him to get one of those recorders, maybe that would have saved our marriage.

Both of them forgot they had children, except when I remembered to place them squarely in their paths.

Both of them forgot to care enough to pay the bills, they felt too good. Why ruin a good thing?

Both of them forgot to remember to go to bed at all, and then get up and go to work. Trouble was, the bosses had long term memories. They remembered for them that they had jobs to do.

Both of them forgot to remember to not drink alcohol. Or take other drugs. It wasn’t their fault I guess, they just couldn’t remember.

Both of them forgot to take showers at times, that’s OK, I was able to remind them for them. It was a ‘group’ thing I suppose.

Both of them forgot what they had learned over time. How to fix a cup of coffee, or how many eggs in a dozen box for Easter. That’s OK, I was able to explain to my sister that a dozen eggs means twelve. She should have noted that on her little recorder, but didn’t so I was able to explain it several times to her. While the kids watched to see when they could color them. Oh, she forgot that the kids wanted to color eggs… fancy that. She also forgot WHY they wanted to color eggs. That’s OK. I remembered for her.

My ex, when he uses pot to not drink now, forgets that it costs about $500 a bag to engage in it. Trouble is the courts don’t forget when he doesn’t pay child support. They remember for him.

Getting an education? They would have to remember how to get to the college to start with.

Some experts say that pot destroys the memory. I don’t know that they know what they are talking about, I just remember what I saw.

Remind me not to use pot.