When Jesus was taken down from the cross,
Satan called his counselors in.
He called the meeting to order and looked own at the three, 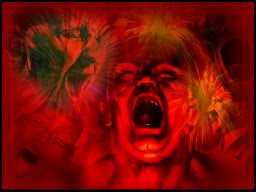 And the first that he called on was Sin.
“Oh Sin, you’ve let me down this time.
Why couldn’t you pull Him away?
For thirty-three years you tried, and you failed.
Not once did He falter or stray.
Then He picked you up like a little whipped pup
And took you to Calvary with Him.
Then He knocked you down with one single punch
And paid for the sins of all men.”

As Sin sat down in shame and disgrace,
Satan looked at circumstance.
“Old friend, can you tell me how in this world
Did you miss such an excellent chance?”
“But Satan, I hit Him with all that I had:
He was hungry and lonely and poor,
Beaten and spit on, rejected ofmen;
I’ve ne-$er worked harder before.
Then today people mocked Him, laughed and made fun,
And He forgave all their blasphemous yells.
And then, when they nailed His hands and His feet,
I found out He was tougher than nails.”

“Sit down, you fool,” Satan cried out!
And he paused for a moment or two.
Then he called the Grim Reaper, the one they call, Death,
And said, “Mister, now, it’s up to you.”
The Grim Reaper laughed and rose to his feet,
“Old Friend, you have nothing to fear.
No man alive escapes from my grasp.
They run every time I draw near.”
“Well, hold on to this one especially tight,”
Satan, then, cried out to Death.
“Don’t worry, my friend,” the Reaper replied,
“This Jesus has drawn His last breath.”

The meeting adjourned, and the day slowly passed,
And Death came to Lucifer’s door,
“I told you that Jesus would never escape.
He’ll not trouble you anymore.”
Then the second day passed and Lucifer laughed
And lifted a toast to his friend,
“God is defeated, darkness has won,
And righteousness comes to an end.”
..
Then the third day crept forward and Satan rejoiced
And laughed at how God was disgraced,
But as the day ended, Death knocked again,
And there was no smile on his face. 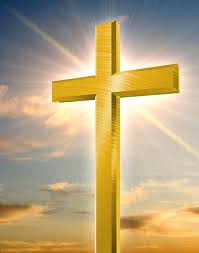 “I can’t understand it; it doesn’t make sense,
But this morning as dawn was to break,
A light shone from heaven, and I couldn’t move,
And I felt the ground tremble and shake.
Then the stone rolled away, and Jesus stepped forth,
And His eyes, like fire, met mine.
He said, ‘Death, you’re defeated. Your power is gone.’
And I was scared for the very first time.”

“Incompetent fools,” Satan cried out,
“Is all left for me now, to do?”
“Yes, you’ll have your chance,” the Reaper replied,
“In the end you must battle Him too.
One day, you will meet Him, as I did today,
Those eyes, like a scorpion’s sting.”
Satan then trembled as fear filled his heart,
For none was a match for the King!