Where to Find “the Rest of the Story” in A.A. History Sources 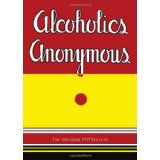 My dad (pen name: “Dick B.”; main website: www.DickB.com) and I have spent the last 25 years researching A.A. history, and the roles played by God, His Son Jesus Christ, and the Bible in early Alcoholics Anonymous-particularly in Akron and to some extent in Cleveland. As you may know, in many parts of the United States, Christians involved with A.A. (and other 12 Step Fellowships, such as N.A. and C.A.) often get “yelled at” for talking about Jesus or the Bible at meetings (and sometimes even for talking about God!) Why? Very simple. Because the vast majority of members of 12 Step Fellowships today either don’t know about the Christianity in early A.A.; or they don’t like the fact that it was there, and in some cases are even trying to suppress the facts of its existence. What should a Christian involved with A.A. and/or other 12-Step Fellowships (such as N.A. and C.A., in particular) do?

You may want to practice answering the following three questions relating to your attending 12-Step Fellowship meetings:

1. Are you sure God put on your heart to go to a particular meeting?

2. If yes, are you sure God put on your heart to say something at that meeting?

3. If yes, are you sure you know what God wanted you to say at that meeting?

Think back to meetings at which you have been “yelled at” for talking about God, His Son Jesus Christ, and/or the Bible. If you can’t answer “Yes” to the three questions above, why are you surprised that you got yelled at? Rom 8:31 (KJV) states: “What shall we then say to these things? If God be for us, who can be against us?” The key, then, is to make sure God is “backing your play,” by making sure you know and are doing God’s will. And not merely “trying to do the right thing” or “faking it ’till you make it”! (And see, for example, Eph 6:10-17.)

How can you share more effectively about how God, His Son Jesus Christ, and the Bible factor into the “experience, strength, and hope” in your life in 12 Step Fellowship meetings (like those of A.A.)? My dad often likes to say: “Master the Big Book!” And what is the most important source for information about the Christianity in early A.A.? It is A.A. General Service Conference-approved literature-starting with Alcoholics Anonymous (“the Big Book”).

Here are some key pieces of A.A. General Service Conference-approved literature which illustrate the Christianity in early A.A. That knowledge will provide a solid foundation from which you can share about how you established your relationship with God (which is the purpose of the Big Book’s personal stories-see Alcoholics Anonymous, 4th ed., 29):

a. The fourth edition (2001), hardback, with dust jacket in great condition. Why?

v. For page xi in the “PREFACE,” which states even more clearly the previous point: “. . . [T]his book has become the basic text for our Society . . .” Again, it is the whole “Big Book”-not merely “the first 164 pages”-which is “the basic text.”) And why is the meaning of the phrase “the basic text” so important? The answer will take us in a moment to the importance of the first edition of Alcoholics Anonymous.

vi. For the personal story of “Alcoholic Anonymous Number Three,” Akron attorney Bill D. This personal testimony was not included in the first edition of the Big Book. It was first included in the second edition published in 1955. (Read, for example, page 191 in Bill D.’s story to see one reason why its presence in the Big Book is so important relative to seeing the Christianity in early A.A.)

vii. The seven positive statements about the “cure” of alcoholism found on pages 1-192 of the fourth edition. For example, A.A. cofounder Bill W. himself is quoted by “Alcoholic Anonymous Number Three,” Bill D., as having stated to Bill D.’s wife in mid-July 1935: “. . . ‘Henrietta, the Lord has been so wonderful to me, curing me of this terrible disease, that I just want to keep talking about it and telling people.'” [Alcoholics Anonymous, 4th ed., 191]. One wonders why Bill had changed his story by the time he wrote in late 1938 chapter six, “Into Action,” which contains the single negative statement found on pages 1-192 of the fourth edition about not being “cured” of alcoholism.

i. For the wording “spiritual experience” in Step 12, which was changed to “spiritual awakening” in the second printing of the first edition (and which wording remains in Step Twelve to this day. “Spiritual experience” hearkens back, and is much closer, to the original language of early A.A.-a (vital) “religious experience.” (And here consider the title of the book A.A. cofounder Bill W. impacted him so powerfully in the earliest days of his sobriety, The Varieties of Religious Experience, by William James.)

1.The personal story of A.A. cofounder Dr. Bob, titled “The Doctor’s Nightmare” in the first edition, was retitled “Dr. Bob’s Nightmare” and edited in a minor way for the second and following editions;

2. The personal story titled “Our Southern Friend” was edited in a major way for the second and following editions; and

3. The personal story titled “The Fearful One” in the first edition was retitled “The Man Who Mastered Fear” and was completely rewritten for the second and following editions.

The personal testimonies contained in the first edition are very important-especially the 17 stories written by members of the “Christian fellowship” known as “Akron Number One”-because they are speaking largely of the original Akron A.A. program cofounders Bill W. and Dr. Bob began developing over the summer of 1935 right after Dr. Bob got sober in June. Frank Amos, an agent of John D. Rockefeller, Jr., summarized in seven points that original, highly-successful Akron A.A. program, as it looked in late February 1938, in a report he prepared for Mr. Rockefeller. Excerpts from his report, including his seven-point summary, were reprinted in the A.A. General Service Conference-approved book DR. BOB and the Good Oldtimers on page 131. In speaking of the original Akron program, Mitchell K., the biographer of Dr. Bob’s “sponsee” Clarence S. (who founded A.A.’s third group in the world in Cleveland on May 11, 1939; and whose sobriety date was February 11, 1938), on page 108 of his title How It Worked: The Story of Clarence H. Snyder and the Early Days of Alcoholics Anonymous in Cleveland, Ohio (Washingtonville, NY: AA Big Book Study Group, 1999),stated: “Two years after the publication of the book [Alcoholics Anonymous], Clarence made a survey of all of the members in Cleveland. He concluded that by keeping most of the ‘old program,’ including the Four Absolutes and the Bible, ninety-three percent of those surveyed had maintained uninterrupted sobriety.” In contrast, when Bill W. first wrote the 12 Steps around December 1938, he stated on page 162 of Alcoholics Anonymous Comes of Age that he had just written “the new version of the program, now the ‘Twelve Steps.'” On page 164 of Alcoholics Anonymous Comes of Age, Bill W. goes on to say: “By January [1939] the Akronites had produced eighteen fine stories. . . . With somewhat more difficulty the New York Group produced ten stories. . . . [T]he story section of the book was complete in the latter part of January, 1939.” Thus the members of the Akron and New York groups were clearly writing about a program that predated Bill W.’s “new version.” And it was that “old program,”–developed in Akron by A.A. cofounders Bill W. and Dr. Bob-that been (and still can be today) highly successful. And those first edition personal stories contain many references to the Christianity in early A.A.

iii. Today, there are two important reprints of the first edition of the Big Book that are readily available and inexpensively priced.

1. Alcoholics Anonymous. On April 10, 2014, A.A. issued he 75th Anniversary reprint of the first edition of Alcoholics Anonymous, for which the copyright date was April 10, 1939. The importance of this version of the first edition of the Bi Book is that it is A.A. General Service Conference-approved literature. As a result, it can be brought to and read from in any A.A. meeting listed in the official Meeting Schedule without “legitimate” objection.

2. Alcoholics Anonymous: The Original 1939 Edition, with a 23-page Introduction by Dick B. (Mineola, N.Y.: Dover Publications, 2011): http://mcaf.ee/8xi7o. This is an exact reprint of the first edition, except that: (a) it contains an extensive Introduction by Dick B.; and (b) the long-outdated Appendix has been removed. (You can always read the Dick B. Introduction in this version, but bring the “official” version to meetings so you can read from the 29 original personal stories without any legitimate problems.)

c. The Co-Founders of Alcoholics Anonymous: Biographical Sketches: Their Last Major Talks (Item # P-53). Available online at www.AA.org. [Stock up on copies of this pamphlet and give copies to those willing to learn “the rest of the story.”]

d. DR. BOB and the Good Oldtimers (New York, N.Y.: Alcoholics Anonymous World Services, Inc., 1980). The best source, by far, about the Christianity in early A.A.-as seen especially in Akron and to some extent in Cleveland. Page 144, for example, states: “(Dr. Bob was always positive about his faith, Clarence said. If someone asked him a question about the [A.A.] program, his usual response was: ‘What does it say in the Good Book?'”

There are many other references to the Christianity in early A.A. in other A.A. General Service Conference-approved literature, such as: (1) ‘Pass It On’; (2) Alcoholics Anonymous Comes of Age; even (3) As Bill Sees It [See, for example, the mentions of “Christ” and “the Master” in “No Personal Power” on page 114.] There is also much valuable information in the A.A. Grapevine book The Language of the Heart: Bill W.’s Grapevine Writings (New York: The AA Grapevine, Inc., 1988). And there is an “autobiography” of Bill W., Lois W.’s memoirs, a biography of Dr. William D. Silkworth, Jr., and so on. And there is more. For example, check out the “Russell S. Talks” on www.ChristianRecoveryRadio.com.

The key is to educate yourself in the relevant sections of A.A. General Service Conference-approved literature. If you do, you will be able to carry an accurate message to those who still suffer, focusing on seeking out newcomers.