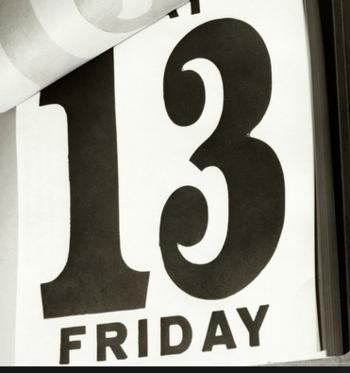 “Eating rituals: Refers to compulsive behaviors surrounding eating. When the ritualistic behaviors are interrupted, patients often experience intense anxiety and may refuse to eat at all. Examples of rituals include: weighing and measuring food, sometimes repeatedly, eating specific foods and in a particular order, use of a particular bowl/plate/glass, cutting food into small pieces, disassembling food, eating a rigid amount of calories and stopping once that amount is reached, eating only at specified times. Rituals are often evident in binge eating; such as a specific pattern of purchasing/gathering large quantities of food, which is usually consumed in secrecy during binge episodes. Rituals are also seen in EDNOS and bulimia nervosa. In bulimia, rituals include amassing and ingesting large quantities of food, followed by purging (compensatory behavior), usually in secrecy.” http://glossary.feast-ed.org/2-eating-disorders-symptoms-and-behaviors/eating-rituals

Most of us are aware of the superstition concept. Whether it is such things as the number 13, black cats or the danger of walking under a ladder, there’s the guarantee if we heed a particular superstition in the right way, we will be safe.

It reminded me of eating disorder behavior. Often, the rituals involved can serve as a comforting, protective superstition.

For instance, when I was at the height of my anorexia, each morning, I had an exacting routine, including, but not limited to, physical exercise and diet. Starting out, I prayed each morning to God to die early. I know, morbid. Nevertheless, I had both an overwhelming worst case fear of God and a simultaneous plea of Him for relief. I wanted the pain and the struggle to end. And because of these thoughts, I, likewise, believed if I skipped even one morning of this routine, I’d be eternally doomed.

So, okay, with morning prayers said, next, we’re on to the exercise portion of my superstition. Again, I had to follow, to the letter, a precise regimen. I needed to do at least four to six hours of cardio and weights, followed by no less than 1,000 sit ups. If I didn’t to this routine in its perfect sequential order (cardio, then weights, then sit ups), panic would overtake me and I was thoroughly convinced I would be ruined (a/k/a, “fat”).

And, concerning my diet, it gradually dwindled to fewer and fewer calories. At first, I had one foot long Subway sandwich a day. That gave way to half a foot long sandwich. Months later, I moved to an all liquid diet. I started with a diet drink, combined with pineapple juice. A month later, that changed to strictly orange juice. I never went above 1,000 calories, and, if I did, man, was there ever hell to pay for that! Eventually, my limit was five hundred calories a day. And finally yes, there were days of starvation, accompanied by oppressive hours of six plus hours a day until my “penance” was finished.

Concerning these food rituals, there was also had a strict timing to them. I usually ate only once a day, at a specific time, if I ate at all. And if that was, in any way, interrupted, again, anxiety would build. I’d be irritated, fearful of “missing my window of opportunity.” I didn’t want it to be “too late” to engage in my safe routine. So, I was not social. Gatherings were out of the question, especially if it infringed upon my chosen eating timeslot. And, on the rare occasion I was involved in a social gathering, I never ate or drank anything. After all, I was biding my time, controlling my setting to one exclusively including only what I chose to eat or drink, never what anyone else offered.

“…When determining if an individual has developed obsessive regimented “rules” for eating, it’s best to look for common signs and symptoms that characterize their love/hate relationship with food…”Freaky” eating behaviors and patterns to look out for include:

A tumultuous relationship with food can cause an individual to experience low self- esteem, cause social isolation due to avoidance of eating with others and can impair an individual’s mood as a result of decreased intake and/or concerns about intake.” http://eatingdisorder.org/blog/2008/07/food-rituals-when-weird-becomes-harmful/

In addition, other strict elements “insured” I was safe in my routine. I needed to hold and look at small charms a few times a day, as touchstones.

I also had certain images I viewed with the same “touchstone” intention. Back then, it was inspiration; today, however, these images would be known as “thinspiration” or “thinspo.” It was all about keeping me “focused” to be thin at all cost. Control was at the root of it all. If I did everything accordingly, I was in control. Secretly, however, I knew I was the exact opposite.

I was not in safety, neither had I rest, neither was I quiet; yet trouble came. Job 3:26

Again, it was about safety. I was attempting to reassure myself.

Years later, in recovery, I see how gradual the process is of feeling safe in the world. Life is uncertain. There’s nothing we can do to change that fact. And it’s sobering and humbling to face it.

Nevertheless, we have God, Who is in control.

And thou shalt be secure, because there is hope; yea… and thou shalt take thy rest in safety. Also thou shalt lie down, and none shall make thee afraid… Job 11:18-19

And He’s beyond any of our routines, rituals and obsessions. There is safety with Him. It’s stronger than our rituals/superstitions which are mere vain imaginations…

Likewise, my fears driving those rituals/superstitions have also been dramatically lessened over the years. It’s getting rid of the worst case scenario judgment and recognizing that there is nothing too hard for God…

And realizing that God is there to each us through and often, in spite of each fear is extremely comforting. No, it’s often not instantaneous; it’s a gradual process which requires us to face our scary fears. That’s not easy.

Still, no matter the success, the failure or the choice, God is there.

And, likewise, concerning the fears/choices which have been a part of our disordered eating and image issues, there is a Godly freedom which is offered to us; it’s not an automatic worst case scenario…

God is there for us, for freedom.

Therefore, let us really challenge our superstitions for what they are: vain imaginations. We are safe; God is still God.
Thank God for that!