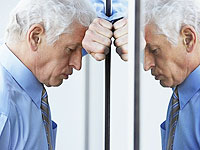 Forgiveness is giving up the possibility of a better past.
Is there someone you just can’t seem to forgive?

For some reason, forgiveness is on my mind lately. I’ve written a couple of posts (The Real Power Of Forgiveness and Forgiveness isn’t …) but it’s still poking at me. After some conversation with God (prayer) I realized that there’s one person I cannot quite seem to forgive.

This person has harmed me more than any other individual. He’s caused more hardship and failed to meet my expectations more than anyone else. He’s messed up my life at nearly every opportunity. If I didn’t know better, I’d swear that his sole mission is to make me miserable.

Do you know someone like that—someone with a seemingly infinite capacity for making everything about your life harder and more painful than it ought to be? I’ll bet you do.

He’s called myself. Do you struggle with forgiving yourself?

Forgiving myself seems a lot harder than forgiving others. I carry back-breaking grudges against myself, stubbornly lugging around an unbearable weight of self-punishment.

I’m not exactly sure why myself is so difficult to forgive. But since I think lots of us struggle with this, here are some of my reasons. Perhaps you’ll consider leaving a comment with your personal thoughts.

It’s difficult to forgive myself because …

I really don’t want to accept responsibility. If I’m going to forgive myself, I first have to admit my mistakes and bad choices. I need to take an honest look in the mirror and acknowledge that I’ve hurt and disappointed people who trusted me. I’ve fallen short of my own standards. I’ve missed God’s mark.

As long as I’m deflecting responsibility and working hard to blame someone else, I’ll never be able to forgive.

In the hospital following my injury, I heard an obscure country song that resonated with my feelings of guilt and regret. The words stick with me more than twenty years later (you can listen to the song here).

Sometimes I laugh when I look way back to find out who stole all my dreams.

I wish it was easy to face the fact that there’s nobody there but me.

It’s an unpleasant reality; when I honestly seek the source of my failures, disappointments, and unrealized dreams, I often find that there’s nobody there but me. I’d rather avoid that reality.

It feels like taking the easy way out. Why should I get to forgive myself? Especially if others haven’t forgiven me, why should I be able to release myself from further punishment?

I don’t think I deserve it. I haven’t earned it. I need to do more and suffer more. But somehow it’s never quite enough.

Forgiveness isn’t deserved and can’t be earned. It’s a gift, given graciously because it’s the only path to healing.

I think forgiving myself is an event. I forgive, wave the magic wand, and suddenly it’s all supposed to be okay.

Of course, that doesn’t happen. That’s because forgiveness is a process rather than a one-time event. I forgive, the anger and resentment return, and I forgive again.

I think forgiveness is a feeling. When I forgive, I somehow think I should feel something different. When that doesn’t happen, I conclude that forgiveness didn’t really happen.

Forgiving is never easy, but forgiving myself is especially difficult because I must occupy both roles. Generosity and grace, humility and gratitude, all at once—that’s almost too much for a broken-down old bald guy.

Fortunately, I don’t have to do it alone, because forgiveness is a spiritual issue. It’s the reason Jesus lived and died. If I want to forgive, I believe He’ll help me find the strength and courage I need.

Do you struggle to forgive yourself? Why do you think it’s so difficult?

Many people are afraid to forgive because they feel they must remember the wrong or they will not learn from it. The opposite is true. Through forgiveness, the wrong is released from its emotional stranglehold on us so that we can learn from it. Through the power and intelligence of the heart, the release of forgiveness brings expanded intelligence to work with the situation more effectively. ~David McArthur & Bruce McArthur