Romans 6:1-2, 6 NSRV
Should we continue in sin in order that grace may abound? By no means! How can we who died to sin go on living in it?… We know that our old self was crucified with him so that the body of sin might be destroyed, and we might no longer be enslaved to sin. 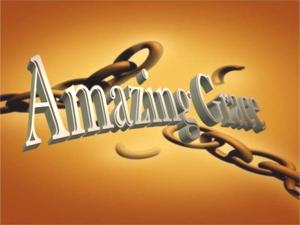 Forgiveness, grace, and sin. Huge topics in scripture. Not only are they discussed in great depth, but they are basically the focus of God’s Word to us. The entire Bible is dealing with the sin problem — that which separates us from God — and providing a solution, forgiveness through God’s grace. However, I think that, for many of us and at many times, we have become so used to hearing about it that we have forgotten that grace and forgiveness were:
(1) paid for with a great price, and
(2) provided to us interactively.

It is said, sometimes, that what we get for free, we rarely value. We see that in a society where social entitlements are bankrupting our nation, where many expect to receive without working. But how are we any different? Grace and forgiveness came without a price for us! The price — the great price — was paid by God Himself through the body and blood of the Lord Jesus. Here it is that our Lord, the Master of the universe, was crucified — brutally killed — for us. Have we heard the story so much that it no longer pierces our hearts? That we no longer feel the guilt, but simply accept it as something we’re entitled to? Because we’re not! We are not entitled to grace and forgiveness. It is something that God extended to us only at great sacrifice to Himself. When did we become so self-centered that we stopped appreciating the sacrifice made for our salvation? When did grace stop truly being amazing?

Amazing grace! how sweet the sound, that saved a wretch like me!
I once was lost, but now am found, was blind, but now I see.
‘Twas grace that taught my heart to fear, and grace my fears relieved;
How precious did that grace appear the hour I first believed!

Amazing: to fill with wonder. Have I heard the “wondrous story” so often that it is no longer wondrous?
I will sing the wondrous story of the Christ who died for me.
How He left His home in glory for the cross of Calvary.

Either grace is amazing, wondrous, almost indescribable in its saving qualities . . . or it isn’t truly God’s grace. And when it ceases to be for us what it actually is, then it begins to be easier to ignore it, to belittle it, to forget . . . and then, perhaps, to not care. Paul writes: Should we continue in sin in order that grace may abound? By no means! What if I took some poetic license and wrote:
Should we continue in sin because grace abounds?

Paul says, “by no means” and ends it with an exclamation point. However, I think that many of us — were we to be completely honest — might say, “Well, perhaps. I mean, we are all sinners and Christ died for all of our sins. So it really doesn’t matter if we sin or not…”
And while we might not articulate it just that way, in truth, how we live this is probably close to what we think and wish to believe. We continue in sin specifically because of grace, because we are depending upon the fact that Christ will forgive all of our sins. And if it simply means a loss in our rewards in heaven, well, that is a small price to pay to enjoy the lustful pleasures of this life.
Perhaps we are not as “dead” to sin as we would like to be. Certainly the current state of our nation is evidence that the Church is refusing to confront her sin and turn from it.

2 Chronicles 7:14 NRSV states: If my people who are called by My name humble themselves, pray, seek my face, and turn from their wicked ways, then I will hear from heaven, and will forgive their sin and heal their land.

If we truly understand grace as Paul understood it, we will know that grace requires that we humble ourselves, pray, seek His face, and turn from our wicked ways. There is actually no other hope for America other than that. We can protest, write letters, scream at politicians, sign petitions, design websites, join causes, support conservative groups, and any number of other things including voting. Nothing will change until the American Church changes, until we understand that grace isn’t a blank check to sin but the very reason that we should hunt out sin in our lives at every turn and spend every waking moment at the foot of the cross in confession and repentance.