1 Corinthians 5:12-13 RSV
I wrote to you in my letter not to associate with immoral men; not at all meaning the immoral of this world, or the greedy and robbers, or idolaters, since then you would need to go out of the world. But rather I wrote to you not to associate with any one who bears the name of brother if he is guilty of immorality or greed, or is an idolater, reviler, drunkard, or robber—not even to eat with such a one. For what have I to do with judging outsiders? Is it not those inside the church whom you are to judge? God judges those outside. “Drive out the wicked person from among you. 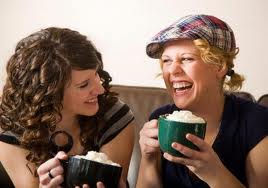 “. . . as to members of the church, they are within, are professedly bound by the laws and rules of Christianity, and not only liable to the judgment of God, but to the censures of those who are set over them, and the fellow-members of the same body, when they transgress those rules. Every Christian is bound to judge them unfit for communion and familiar converse. They are to be punished, by having this mark of disgrace put upon them, that they may be shamed, and, if possible, reclaimed thereby: and the more because the sins of such much more dishonour God than the sins of the openly wicked and profane can do. The church therefore is obliged to clear herself from all confederacy with them, or connivance at them, and to bear testimony against their wicked practices. Note, Though the church has nothing to do with those without, it must endeavour to keep clear of the guilt and reproach of those within.”

“We are interested to know how things worked out in Corinth. To find the answer we need to turn to 2 Corinthians 2:4–8: “For out of much affliction and anguish of heart I wrote unto you with many tears; not that ye should be grieved, but that ye might know the love which I have more abundantly unto you. But if any have caused grief, he hath not grieved me, but in part: that I may not overcharge you all. Sufficient to such a man is this punishment, which was inflicted of many. So that contrariwise ye ought rather to forgive him, and comfort him, lest perhaps such a one should be swallowed up with overmuch sorrow. Wherefore I beseech you that ye would confirm your love toward him.”

“This immoral man had come in deep repentance after Paul put it down on the line in his previous epistle. Today we need a great deal of courage—not compromise—in the church to point out these things and say, “This is sin.” I think that when this is done, the believer who is in sin will confess, like this man in Corinth and like David did, and will repent and change his ways. The Corinthian church handled this very nicely. Why? Because Paul had the courage to write this kind of letter. In 2 Corinthians Paul explains why he had done it: “Wherefore, though I wrote unto you, I did it not for his cause that had done the wrong, nor for his cause that suffered wrong, but that our care for you in the sight of God might appear unto you” (2 Cor. 7:12).

“Paul says that he wrote as he did for the welfare of the church of the Lord Jesus Christ. Today we hear this flimsy, hypocritical attitude: “Well, we don’t want to air this thing. We don’t want to cause trouble. We’ll just sweep it under the rug.” My friend, God cannot bless a church or an individual that does this. If God did bless, God would be a liar. And you know that God is no liar. He will judge inaction in a case like this.”

The fact is, Pastor McGee is right! When we refuse to deal with the sin that is within our midst as a church, we weaken the church. Think about it! It’s one of the things that’s happening within the American Church. We accept other Christians—and even pastors—who are obviously living in sin, catering to the lusts of their flesh, and we treat it as if it is simply common behavior for all believers! We accept their weak excuses and think that we can simply ignore it and go on.

Why do we love our sin so much and our Lord so little that we would dishonor Him by doing this? The Christians who are effective in witnessing, in ministry, in life are the Christians who have enough fortitude to stand up for the obviously morality that is taught in scripture, who deny themselves, take up their crosses, and follow the Lord (rather than their own desires). We accept rationalizations like: “I made a mistake” or “I have an addiction” or “I couldn’t help myself.” Really? The fact is, we all know better. Our consciences have been quickened by the Holy Spirit. We (and they) knew the behavior was wrong.

We need to call a spade a spade, a sin a sin. And sin demands one response: repentance.

Repentance is more than simply saying one’s sorry. It’s making amends and turning back to go another way (the righteous, obedient way). A pastor who apologizes for the divorce he is still determine to have is not repentant. A man who has stolen from his company, who claims to be sorry for his actions, but who refuses to fully embrace the consequences of his choices (including imprisonment if that is warranted) isn’t repentant. A woman who commits adultery and justifies it because she is in a hard marriage isn’t repentant.

There is a difference between being repentant and being sorry one was caught. Christians are required to be repentant. If they aren’t, they are to be ousted from the fellowship of the community in hopes that the shame and isolation will compel them back to the Lord.