Marriage is very special to the Lord. He didn’t just create two genders and throw them together, hoping that they might be able to work out some kind of relationship. He actually create marriage when he created men and women. In other words, what’s important isn’t so much the relationship as the marriage itself. 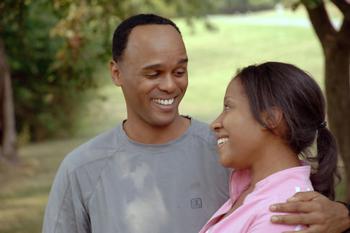 Proverbs 18:22 NRSV
He who finds a wife finds a good thing,
and obtains favor from the Lord.

In our society, we have lowered marriage to simply relationship. It’s so much more than that. Marriage is an earthly picture of the Church’s relationship with the Lord Jesus Christ. In Ephesians 5, Paul calls this kind of joining, two becoming one flesh, “a great mystery” (v. 32). And it is just that. When two—a husband and wife—join together, they become something wonderful. And that “something” is also a picture of how God wants to be joined with us.

In Matthew 19:3, the Lord Jesus tells us that God Himself joins a husband and wife together. There is something other-worldly about marriage that we have forgotten. Something that lends a holiness to marriage that must be acknowledged. In marriage, God creates a “one flesh” from two beings. It’s more than love. More than the sexual act. More than even creating children. It’s an image, here on earth, of how God wants to be joined with us. The Church is the Bride of Christ. At the wedding feast in heaven, our marriage will be consummated. Every marriage on earth is a symbol or picture of that consummation.

Marriage is a very complicated thing involving relationship, but being more than just relationship. It is family building. It is commitment. It is learning how to forgive at the deepest level (and learning how to trust God when your spouse drives you crazy!).

Notice that the writer of proverbs places two attributes on marriage: (1) it is a good thing, and (2) those who marry find favor with the Lord. That isn’t to say that people who don’t marry won’t find favor. But for those who marry, God’s favor comes when we honor our marriages. Too many of us have reduced marriage to a place where we get what we need (finding our soulmates, being happy, etc.). Marriage is about honoring God.

Perhaps if we start marriage from that position, we will find ourselves being more committed and less self-centered . . .