Proverbs 17:27-28 NRSV
One who spares words is knowledgeable;
one who is cool in spirit has understanding.
Even fools who keep silent are considered wise;
when they close their lips, they are deemed intelligent. 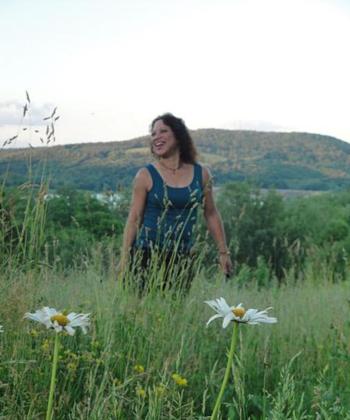 “It is better to keep your mouth closed and let people think you are a fool than to open it and remove all doubt.” – Mark Twain

We talk too much and we feel too much. Period. End of story. Somewhere, somehow, in our culture, the idea began to permeate that one who says a lot knows a lot. But you only have to listen to people through the media to know that’s not true.

Take a football game, for example. You used to be able to enjoy the half-time show, to watch college or high school bands who have rehearsed over and over for this one period of 15 minutes. It was great fun to see kids excel and enjoy their excelling. Now, if you’re lucky, you might see one or two minutes of the half-time show. For the remainder, we are bombarded with retired football players and coaches hashing out what they would have done if they had been in charge or on the field. As if saying these things somehow might change the course of the game!

And, unfortunately, armchair quarterbacking isn’t reserved for football or even just to sports. We tend to analyze what we would have done in the lives of, well, just about everyone around us. Did we ever stop to think that such nonsense is actually akin to gossip? That instead of talking with each other, if we have a true concern about someone, perhaps we should instead be praying?

Have you ever tried to change someone’s mind or opinion? On many Internet sites, “discussions” are rampant. And I use the word “discussion” lightly because discussion implies some kind of give and take. And most people involved in these discussions are more concerned about giving (talking) and much less concerned about taking (listening). But the fact is, the more we talk the more the other person digs in their heels and refuses to change. We somehow think that if we say enough (or at least say the right thing) they will suddenly “come to their senses” and agree with us.

Would you? Does someone’s talking change your mind? It doesn’t mine (well, rarely).

Even fools who keep silent are considered wise. Proverbs 17:28

All of this boils down to, I think, being self-controlled. It’s not something we talk much about these days. But it’s part of the fruit of the Spirit! As Christians, we should practice self-control. And practice we must because it’s not something that comes naturally. But then again not any part of the fruit of the Spirit comes naturally. It goes against the grain, goes against our flesh nature. And God is enough of a gentleman not to impose His Spirit upon us.

I was reading S. D. Gordon again this morning. He wrote:

“There is one inlet of power in the life — anybody’s life — any kind of power: just one inlet — the Holy Spirit. He is power. He is in everyone who opens his door to God. He eagerly enters every open door. He comes in by our invitation and consent. His presence within is the vital thing. But with many of us while He is in, He is not in control: in as guest; not as host. That is to say He is hindered in His natural movements; tied up, so that He cannot do what He would.” (from http://www.raptureready.com/resource/gordon/gordon9.html).

It’s interesting that James places speaking and getting angry in conjunction with each other: “let everyone be quick to listen, slow to speak, slow to anger” (James 1:19). I think that’s because often, as we talk, we become emotional, riled up, infuriated even. And often we become angry because we have failed to truly hear what the other person is trying to communicate. We haven’t been quick to listen, but rather have been quick to get in our opinion, our perspective.

Self-control is not speaking even when you might have something wonderful to say. Self-control is praying (even silently within your heart) and allowing God to change who He will. I know for myself I need to practice listening more and speaking less. And I need to begin today.